Bolt blazed to the world record in an astonishing 9.58 seconds at the 2009 IAAF World Championships.

•The National Police Service officer who is also a chemistry student at the University of Nairobi has pledged to punch above his weight to dislodge Bolt.

•Omanyala said he was keen on setting the momentum for future Kenyan sprinters. 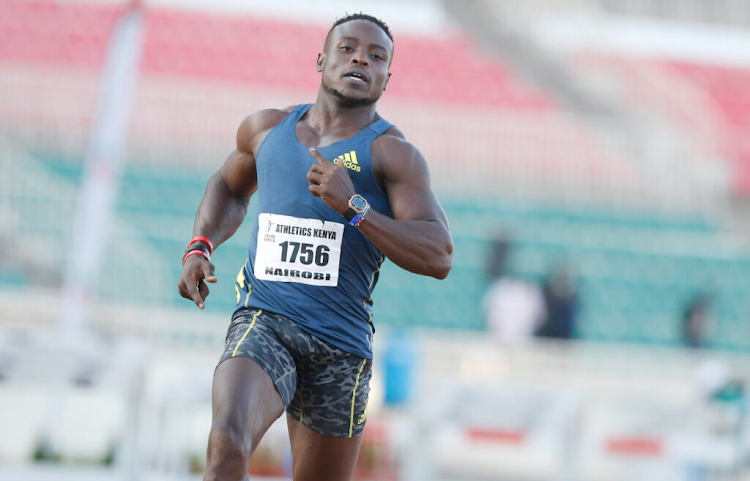 Bolt blazed to the world record in an astonishing 9.58 seconds at the 2009 IAAF World Championships.

Omanyala, on the other hand, powered himself into prominence after clocking 9.77 at the Nairobi Kip Keino Classic on September 18, 2021, to secure the African record.

The feat effectively made him the eighth fastest man of all time in the 100 metres.

The National Police Service officer who is also a chemistry student at the University of Nairobi has pledged to punch above his weight to dislodge Bolt.

“I'm sure it won't take more than two years and I'm looking forward to running 9.6 this season and then taking it down shortly,” he added.

Omanyala, 26, said he was happy that many Kenyan athletes had begun making headway in the short races.

“The narrative has changed and I'm happy about it. I'm happy I'm the one who is causing the narrative to change. I hope once I'm done with the sport, we shall have more sprinters coming up,” Omanyala said.

“ I'm changing the perception that Kenyans can't sprint. When we first joined athletics, we never imagined that the African record could be broken by this generation of sprinters but I did break it, so I always count it as one of my biggest achievements in athletics.

He said performing well on the big stage calls for a great deal of mental fortitude and adequate preparation.

“It's 90 per cent mental when it comes to a race and for me to overcome that I always visualize my races three weeks earlier. I always run it in my mind so many times before the actual race.

“So coming to the race is just a matter of actualizing what I've been imagining. There are always two sides to the race

"There are always two sides of a race: you either win or lose. So, I always visualize both, so that when I get into a race and something happens, it doesn't hit me that hard because I've already visualized that," he said.

Omanyala said he was keen on setting the momentum for future Kenyan sprinters.

“I need to mentor these young people because it's not that I'll be here forever, I won't be running forever. I'll need to be proud of myself that I mentored someone.

“I hope this goes a long way to encourage other athletes to take up sprints and believe it's possible,” Omanyala said.

Omanyala asked the former Head of State to continue attending his races.
Sports
1 week ago

Bracy wheeled to the finish line in 9.97 ahead of Briton Jeremiah Azu who emerged second in 10.14.
News
1 week ago
Post a comment
WATCH: The latest videos from the Star
by TONY MBALLA
News
17 September 2022 - 17:40
Read The E-Paper