In a letter written to KSSSA, Highway took issue with the presence of four players in Waylight's lineup, claiming they got in through the back door.

•Waylight was disqualified from the national championship that will be held in Nakuru next week, following an appeal lodged by Highway.

•But in a rebuttal, Waylight dismissed Highway's allegations as baseless and laced with malice. 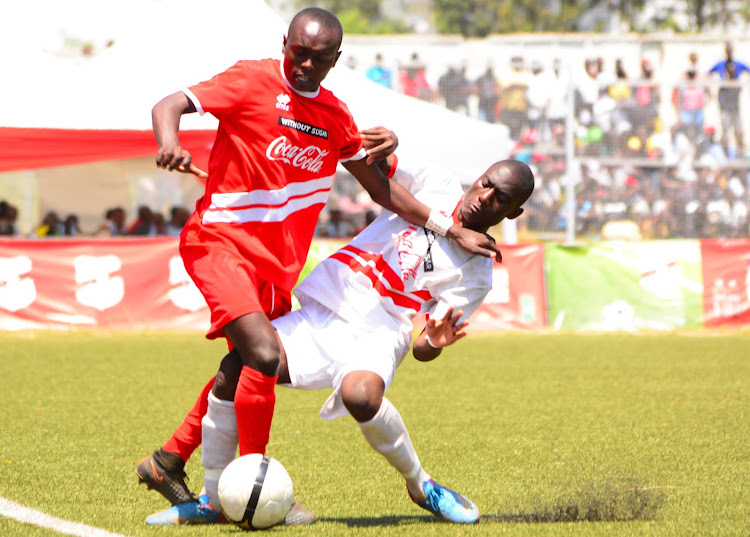 The Kayole-based private school was stripped of the title and barred from participating in the Kenya Secondary Schools Sports Association (KSSSA) national championship set for Nakuru next week.

This followed an appeal lodged by Highway secondary school, questioning the legibility of some of their players.

In a letter to KSSSA, Highway took issue with four Waylight players, claiming they got in through the back door.

“The captain of the team, whose real name is Joshua, is an alumnus of the school who sat his Kenya Certificate of Secondary Education (KCSE) exams in 2020. He is currently using another person's name, Robert Muteti, who wore jersey number 17,” the letter read in part.

Highway claimed that Barnabas Mukile — jersey number 16 — cleared school in 2020 and has been training with the Kariobangi Sharks Under 20 team the entire season.

“He has not been attending classes as alleged by the school,” the school claimed in the letter.

The school further questioned the legibility of the player wearing jersey number five, pointing out that he cleared school before 2019 and has been playing football in the village without going to school.

“His real name is Abdul, a born and practising Muslim, but has used the documents of one Ian Ongonde.”

“Samuel Omondi was on the team but wasn't captured in the photo album. Anei Deng attended Bondeni primary school and sat his KCPE in 2021 at Waylight and, therefore, ineligible to play.”

But in a rebuttal, Waylight dismissed Highway's allegations as baseless and laced with malice.

“In that protest letter, Highway alleged Joshua was using someone's documents. Investigations revealed that his real name is Muteti Robert and Joshua is a nickname,” Waylight said.

The school further said that Barnabas Mukile, a Form Three student, used to play for Maili Saba FC and not Kariobangi Sharks as alleged in the letter.

Waylight said the player referred to in Highway's protest letter as 'Abdul' is Sneddon Blasto, a practising Christian, who wore jersey number six.

“Ongode Ian is in Form Four, as confirmed by investigators through the nominal roll. Samwel Omondi never played after being struck off the list by Highway during a pre-match checkup since he wasn't in the photo album.”

Waylight said Tom Ochieng had mistakenly appeared in their photo album twice, while Samwel — who is currently in Form Two — had a certified birth certificate and KCSE slip. Samwel didn't, however, appear in the group photo.

“Anei Deng, currently in Form Two, sat for his KCPE at Kifaru primary school in 2020 and not at Bondeni as alleged,” Waylight said.

“After the investigators gave all these reports and proved that the allegations were lies, they brought in an issue which was not part of their appeal, that Muteti Robert had not attained the 90-day rule.

“To you fellow sportsmen, KSSSA rules state clearly that the 90-day rule only applies to a student who has transferred. A player cannot also play in the same year he has repeated.

“However, all the two rules apply only if the said player participated in KSSSA games in the previous year before repeating or transferring,” Waylight said.

So, that law doesn't apply since the school games weren't played in the past two years, Waylight insisted.

“In conclusion, let it be known that the issue of Waylight being disqualified is peddled on malice and mischief, an act being executed simply because Waylight is a private school.”

In any case, the jury's ruling was to be rendered today (Wednesday), but the Nairobi Executive Office decided to execute their plan hurriedly and pooled Highway so that Waylight would succumb to pressure,” Waylight claimed.

Waylight, who shook off their minnows' tag heading into the tournament to upset Highway 1-0 in the regional finals on August 28, were found culpable ...
News
2 months ago