• The event that took place on Monday was graced by Cabinet Secretary for Foreign Affairs Raychelle Omamo.

• She said the service centre would enable the government to provide improved services to UNON and other UN agencies. 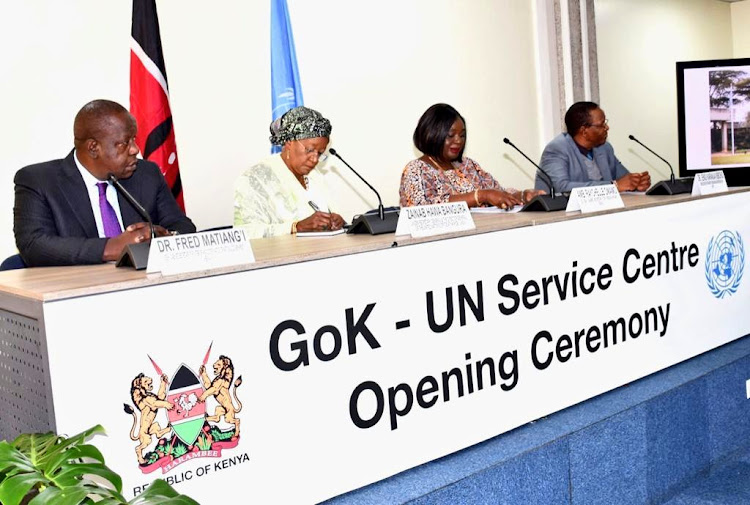 The event that took place on Tuesday was graced by Cabinet Secretary for Foreign Affairs Raychelle Omamo.

"The center will provide a one-stop post where UN Staff and Diplomatic community will access government services," Omamo said.

She said the service centre would enable the government to provide improved services to UNON and other UN agencies.

Speaking at the event, Omamo added that the services provided will include immigration, transport and safety authority.

"This milestone will also strengthen Nairobi as a multilateral diplomatic hub," she noted.

The CS emphasized the role of UNON in the country in providing administrative and common services to other organisations of the United Nations.

The other UN organizations include the Food and Agriculture Organization(FAO), UN Women, UN-Habitat, UNEP and United Nations Environment Programme (UNEP).

Tweeps hit out at the UN organization for what they termed as racism and stereotyping.
News
5 months ago

The renewed violence is worsening the crisis amid calls for de-escalation.
News
5 months ago
Post a comment
WATCH: The latest videos from the Star
by BERTHA OCHOMO
News
31 August 2022 - 11:22
Read The E-Paper