The long queues associated with some polling stations were absent as voters walked in one at a time.

•The long queues associated with some polling stations were missing as voters trickled in their voting stations one by one.

•ACK stream one presiding officer Lydia Iminza said that only one voter had been assisted using her password after her finder prints failed to read. 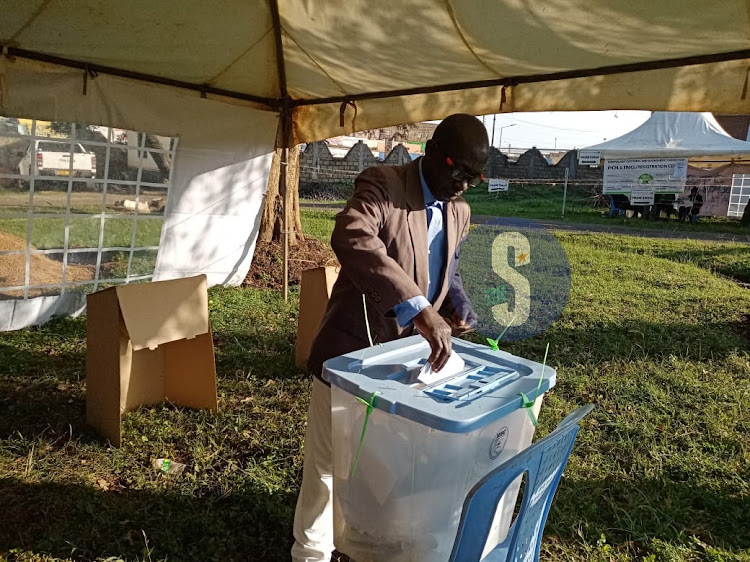 Low numbers of voters was evident across most polling stations in the county.

For instance at the Kakamega ACK nursery polling centre stream two, only 45 voters out of the 528 registered to cast their ballot at the ventre had voted by 8am.

There were no reported  KIEMS kits failure across the county.

ACK stream one presiding officer Lydia Iminza said that only one voter had been identified using alphanumeric after the biometric system failed to read her thumb prints.

Lurambi Constituency Returning Officer Salim Abdalla said a number of voters had challenges of finger prints failing to read because of the chilly morning.

The election was postponed on August 9 following a mix-up in ballot printing.

Only 15 out of 60 elected MCAs retained seats in Kakamega

ODM stamps its authority by winning 48 seats, giving it absolute control of the county assembly.
Counties
3 months ago

He says he has evidence and his team has already reported to the concerned authorities.
Counties
3 months ago

My account is hacked! Oparanya says after 'endorsing' Malala for Kakamega