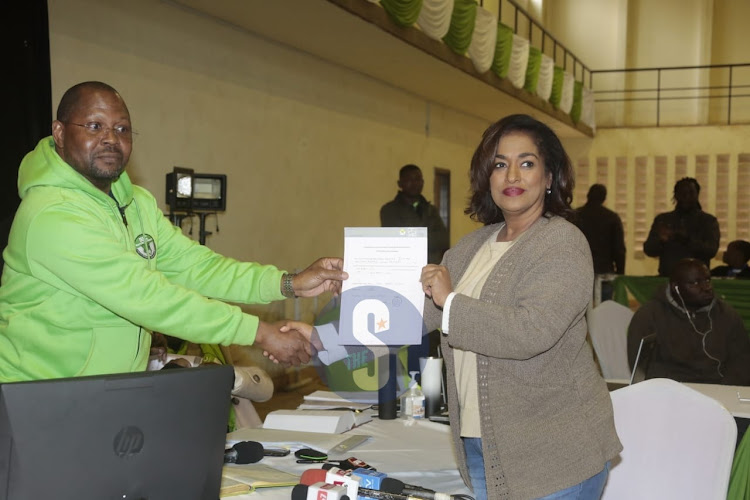 Nairobi woman representative Esther Passaris of the ODM Party has been re-elected to her position after getting 698,929 votes.

The winner was declared by Nairobi County Returning Officer Albert Gogo and issued the certificate to Passaris.

"I'm grateful to my family and  dedicate myself to serve this great county of Nairobi  and Kenya at large," Passaris said.

Passaris first attempt in elective politics was in 2008 following the death of Embakasi MP Mugabe Were.

However, she lost the by-election to former Kiambu Governor Ferdinand Waititu.

This was an independent initiative that aimed to upgrade the city’s street lighting system to increase security.

The venture saw her awarded the Order of Grand Warrior awarded by former President Mwai Kibaki.

The mother of two in 2013, joined the race to become Nairobi’s first Woman Rep on a Kenya National Congress party ticket but came third with 291,384 votes behind the winner CAS Rachel Shebesh who polled 632,646 votes.

In the 2017 , she won the ODM party ticket for the Woman Rep position by garnering 65,104 votes in the primaries giving her the green light to face off with Shebesh of Jubilee party in the August 8 elections.

They are seen as frontrunners and have already embarked on grassroots campaigns.
Counties
7 months ago
WATCH: The latest videos from the Star

They are seen as frontrunners and have already embarked on grassroots campaigns.
Counties
7 months ago
Post a comment
WATCH: The latest videos from the Star
by MAUREEN KINYANJUI News Reporter
News
14 August 2022 - 09:02
Read The E-Paper