This was the second time Mung'aro was seeking the Kilifi governor seat.

•George Kithi of the Pamoja African Alliance (PAA) party was third with 64,321 votes. 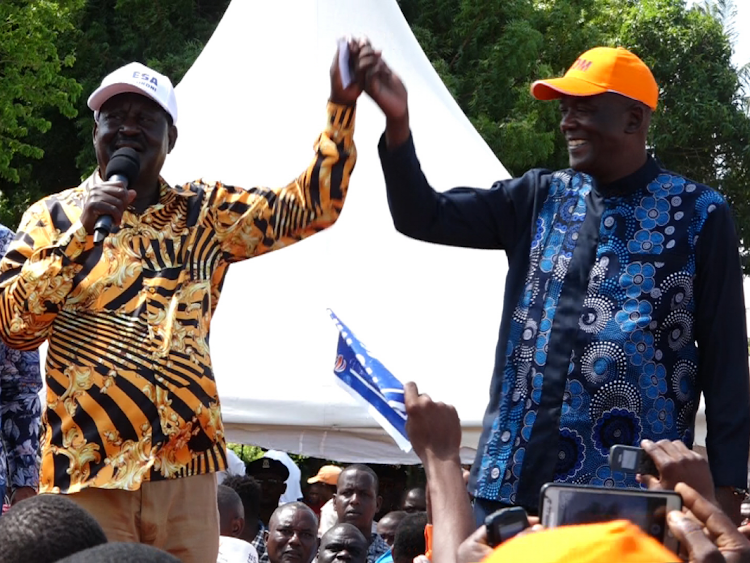 George Kithi of the Pamoja African Alliance (PAA) party was third with 64,321 votes.

This was the second time Mung'aro was seeking the Kilifi governor seat.

He first vied in 2017 but did not manage to oust outgoing governor Amason Kingi.

Kingi who was elected on an ODM party ticket left the party and formed PAA, which is now working with DP William Ruto.

Jumwa also quit ODM to join Ruto's UDA but could not manage to beat the ODM candidate.

She was first elected as Kilifi Woman Rep on an ODM party ticket in 2017.

Jumwa in 2017 opted for Malindi parliamentary seat which she vied for and won on an ODM party ticket.

Kilifi is largely perceived as the political bastion of ODM leader Raila Odinga.

The county has been massively voting for Raila in the last four successive general elections.

Celebratory mood in Kilifi as ODM hopefuls tipped for victory

Mung’aro says he visited two tallying centres in Kilifi North and Malindi to ensure everything was in order.
News
1 month ago