Karua among dignitaries at KICC ahead of Azimio meeting

Those intending to attend the event had been asked to dress in Azimio's blue colours.

•Those intending to attend the event had been asked to dress in Azimio's blue colours.Samburu West MP Naisula Lesuuda , Marsabit Governor Mohamud Ali, Siaya Senator Oburu Odinga, MP Matungulu Mulee Mutinda are among those who have arrived. 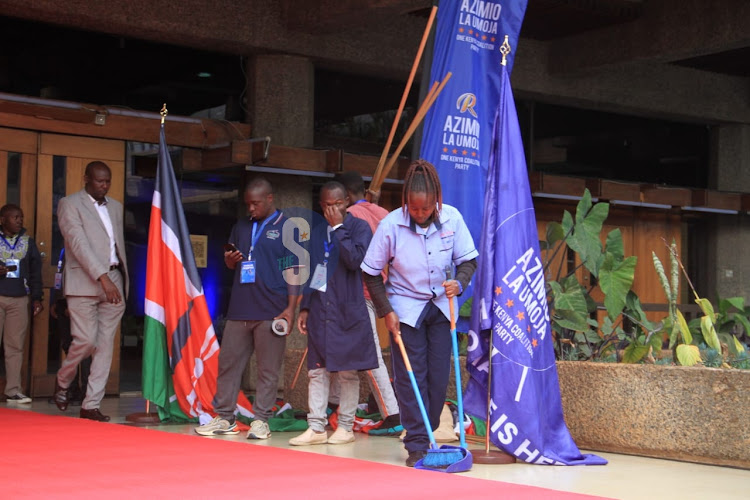 Some leaders started to arrive as early as 8 am despite the official time of the event being 10 am.

Those intending to attend the event had been asked to dress in Azimio's blue colours.

According to MP Mutinda, Wiper party leader Kalonzo Musyoka will chair the meeting.

"Ukambani residents came out in large numbers to vote for Raila, I've never seen such a turnout," he said.

However, Kalonzo said he will chair alongside Karua.

It is not clear whether President Uhuru Kenyatta as the Azimio Chair will attend.

Tallying of the presidential results is ongoing at the Bomas of Kenya in Nairobi with the Independent Electoral and Boundaries Commission (IEBC) expected to declare the winner before Tuesday, August 16.