Disquiet in Nairobi Governor race as tallying gets underway

•Nairobi is the strategic devolved unit for any national government to control, with billions of shillings at the governor's disposal.

•The tribal affiliations are a big factor in the Governor’s race which also influenced their choice of running mates. 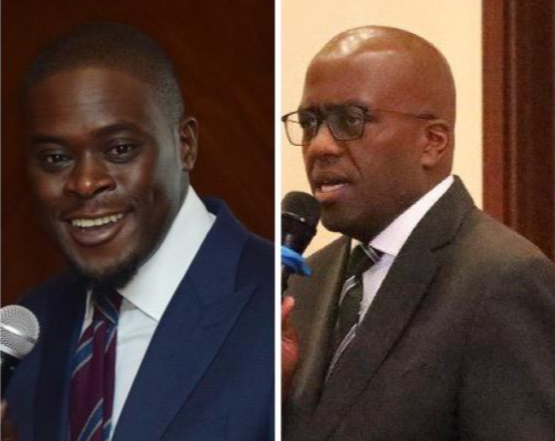 Jitters have crept in Nairobi over the much-awaited results for the Governor race.

As the country enters the second day of tallying, nothing had been heard so far about the race which has attracted nine candidates.

The governor’s race has, however, been narrowed down to a two-horse race between UDA's Johnson Sakaja and Polycarp Igathe of Jubilee.

As Kenya's capital city, Nairobi is the strategic devolved unit for any national government to control, with billions of shillings at the governor's disposal.

The tribal affiliations are a big factor in the Governor’s race which also influenced their choice of running mates.

Looking at the tribe factor, Kikuyu, Luhya, Luo, Kamba and Kisii are the major tribes in the city, holding a great influence on who is elected in the capital.

However, most of them are coalescing around the Azimio coalition.

Sakaja, who is a Luhya, is hoping to convince his community to back his bid while also depending on other tribes in Kenya Kwanza to help his course.

His running mate Njoroge Muchiri is expected to bring in the business community votes which are mostly dominated by Kikuyu.

On the other hand, Igathe is banking on Kikuyu to give him a majority vote over his rival.

His running mate Phillip Kaloki of Wiper is expected to add the Kamba vote to the equation.

The contest for parliamentary seats has been narrowed down to a battle between Azimio la Umoja One Kenya coalition led by Raila Odinga and the Kenya Kwanza led by Deputy President William Ruto.

Already, Ruto's camp is nursing wounds over the loss of Embakasi West and Lang’ata MPs George Theuri and Nixon Korir respectively who conceded defeat on Wednesday even before IEBC announced the results.

It has been perceived that most seats in Nairobi have always been won by the opposition.

Narrowing it down to sub-counties, Jubilee party bagged nine sub-counties, ODM got seven while Wiper Democratic Movement got one.

All eyes are now set on the Moi International Sports Centre at Kasarani which is Nairobi’s main tallying station.

This is where the winner of the Governor’s race will be announced.