In 2020, Uhuru granted full Kenyan citizenship to 1,670 people from the community

• Shona had not been granted full citizenship in Kenya for more than 50 years.

• The community arrived from Zimbabwe into the country in the 1950s as missionaries. 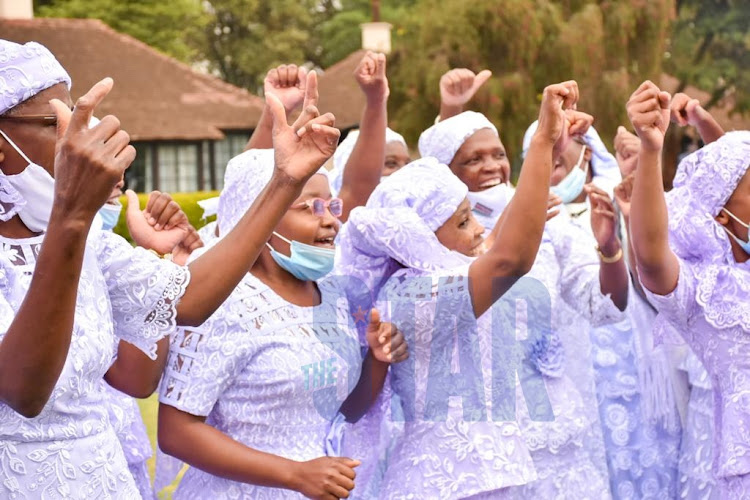 CITIZENSHIP Shona community celebrates during a press conference to issue national IDs and certificate of registration for Kenyan citizenship to them.
Image: MERCY MUMO

Shona community have cast their votes for the first time after 50 years of being stateless.

In 2020, President Uhuru Kenyatta granted full Kenyan citizenship to 1,670 people from the Shona community and 1,300 Rwandans, which allows them the right to vote.

Christopher Samson, who is a member of the Shona community, said efforts to seek assistance from the past governments were futile.

“Our long time prayers have been heard. We have struggled a lot, lost so many opportunities and a lot of property since we do not have a nationality‚” Samson said.

The Shona members were part of the more than 22 million registered voters, who turned up on Tuesday to vote.

Women and children were in white attires as they went to cast their votes.

The community, which resides in Kinoo, Kiambu county, were recognised as the 46th tribe.

The decision made by the President was termed as "a life-changing development for thousands of people" by UNHCR.

The Shona community arrived from Zimbabwe into the country in the 1950s as missionaries.