Oballa urged all the candidates to accept the outcome of the results.

•Ngong  Bishop John Oballa said that IEBC has a responsibility to accord Kenyans credible results.

• He affirmed that religious leaders will remain available to offer pastoral care, support and counselling to all the candidates and supporters. 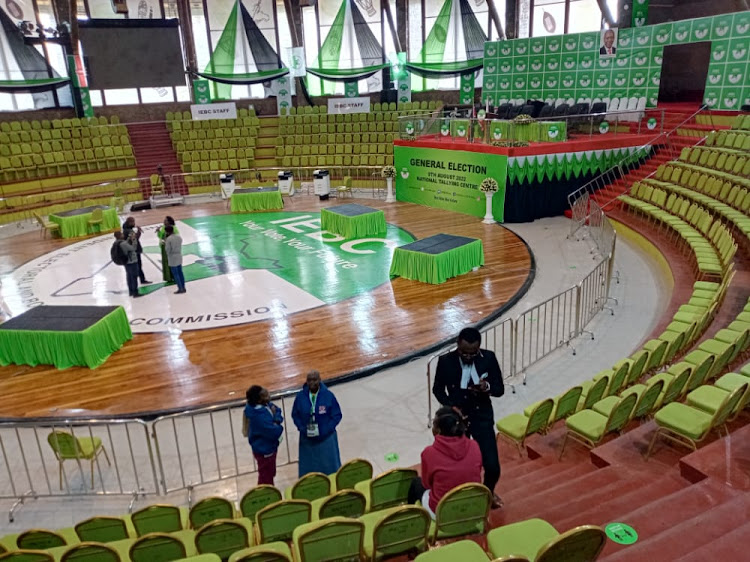 National tallying centre at Bomas of Kenya in Nairobi

Religious leaders have called on the Independent Electoral and Boundaries Commission (IEBC) to carry out a transparent vote tallying exercise.

Speaking on Tuesday during the launch of national tallying center at Bomas, Ngong  Bishop John Oballa said that IEBC has a responsibility to accord Kenyans credible results.

"We call upon all the IEBC officials, agents of political parties and all those involved in the process to exercise the highest possible levels of transparency, accountability and accuracy," he said.

He, however, expressed his disappointment on the postponement of elections in some parts of the country.

He said IEBC will be a big disappointment to Kenyans if the ballot they casted fail to count at the end of the day.

"While IEBC is constitutionally mandated to declare results, other actors have been allowed to undertake parallel  tallying. We ask those who do so to broadcast their findings and to continually remind their audience that such results are provisional," Oballa said.

He said continuous reminder that results are provisional, and not final, will prevent misleading the public incase a mistake is made.

Oballa urged all the candidates to accept the outcome of the results.

He said that those candidates who are not satisfied with the results should seek legal redress.

"No one should incite Kenyans to engage in violence on account to election results," Oballa said.

He affirmed that religious leaders will remain available to offer pastoral care, support and counselling to all the candidates and supporters.

"The peace witnessed today is a positive sign of hope to all Kenyans. We encourage all stakeholders to act responsibly and at all times endeavor to promote peace," he said.

The religious leader urged Kenyans to uphold peace and national cohesion after the results are announced.

He commended Kenyans for turning out to exercise their democratic duties to vote in new leaders.