•Further investigations are underway, he told the Star by phone. 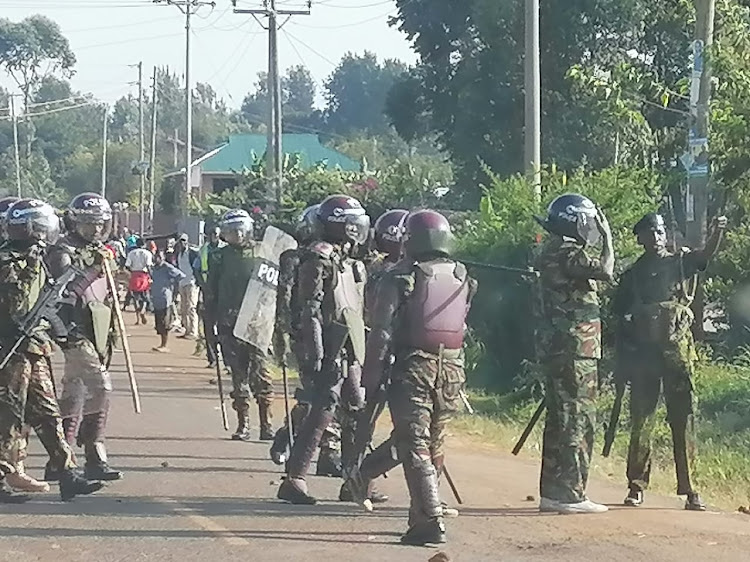 Residents said an altercation over political allegiance to some candidates sparked the shooting at the Bosiabano outside Suneka town at night.

There were scanty details on the identity of the shooter though some residents said he is a member of a local vigilante.

The victim suffered injuries to the abdomen.

Further investigations are underway, he told the Star by phone.

"We have already started investigations and will provide further details as they unfold," he said.

Meanwhile, various candidates turned up to cast their votes in various parts of the county.

ODM candidate Simba Arati was expected to cast his at Nyakungu Primary at 10.30 am.

In Bonchari, UPA parliamentary candidate Charles Onchoke who voted at Nyamiobo said some voters were turned away after the Kiems kit failed to identify them.

Nancy Mamwacha, a resident, said she travelled from the US to vote for her husband but got disappointed over the lack of details in the system.

Onchoke said the officers attending to the voters did not use the manual register.

He also said his agents had a difficult time reaching the polling centres.

He condemned the shooting incident and called for investigations.