Over six million Kenyans have cast votes as of noon - IEBC

The number is equivalent to 30.66 percent of the registered voters.

•The commission further announced that voting has been suspended in Kitui Rural and Rongai over ballot papers mix-ups.

•IEBC further reported that due to the security situation in Daadab, four polling stations are yet to be opened. 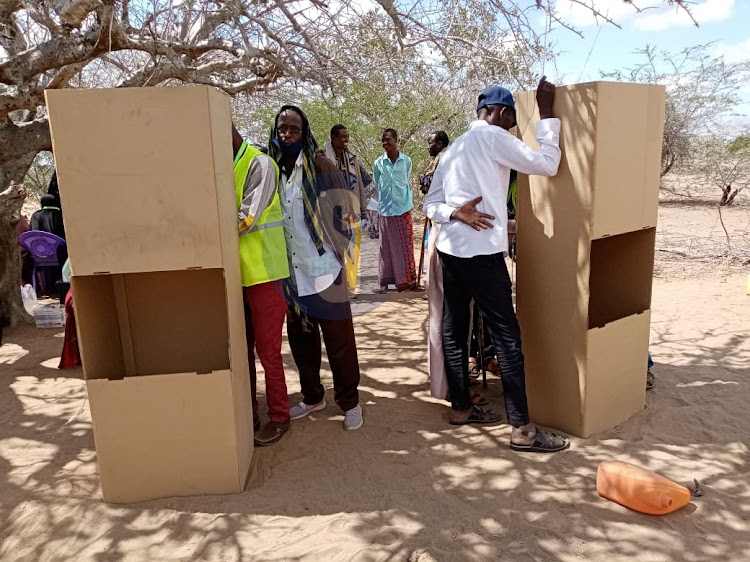 At least 6,567,869 voters had turned out to vote in the ongoing elections as of noon, equivalent to 30.66 per cent of the registered voters, the IEBC has announced.

In a briefing by vice chairperson Juliana Cherera, the IEBC said voting in diaspora (Burundi, Rwanda, Tanzania, South Africa, Uganda, United Kingdom, Canada, USA, South Sudan, Qatar, and Germany) will be conducted within the local time of the said regions.

"It will take place from 6 am and 5 pm their local time," she said.

The commission further announced that voting has been suspended in Kitui Rural and Rongai over ballot papers mixups.

"The commission is working hard to ensure materials are in place," Cherera said.

Voting has also been adjourned in Eldas following a fracas that affected the distribution of materials in the constituency.

"During the gunfire, poll officials remained trapped. The election has been adjourned and the issue is to be resolved," she said.

In Turkana, two clerks and a presiding were involved in a car accident, delaying the start of voting at the affected polling station.

They were discharged after treatment for minor injuries.

IEBC further reported that due to the security situation in Daadab, four polling stations are yet to be opened.

Malava, Matungu, Mumias East, Mumias West were affected by delays. Presiding officers will extend the voting exercise by the amount of time lost.

No ballot papers were destroyed in Tharaka Nithi - Chebukati