"I enjoyed every minute of my 8 years in elective politics. Back to the private sector."

• Kuria said he is heading back to the private sector after eight years of service as MP.

• The MP was in the contest against six other candidates including incumbent governor James Nyoro of the Jubilee party. 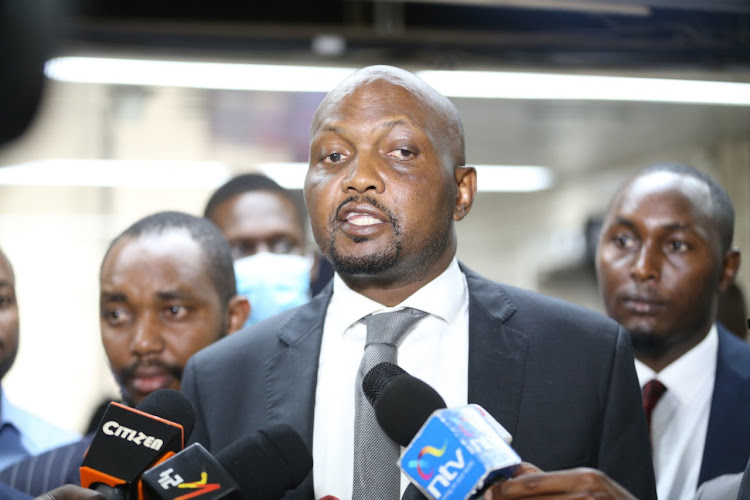 Gatundu South MP Moses Kuria on Wednesday March 30, 2022 when he appeared before the IEBC in Nairobi
Image: FILE

In a statement on Facebook Tuesday night, Kuria said he is heading back to the private sector after eight years of service as MP.

"I enjoyed every minute of my 8 years in elective politics. Back to the private sector. Happily," Kuria said.

His announcement came even before the Independent Electoral and Boundaries Commission (IEBC) announced the final results for any seat.

But the outspoken MP had previously said he would exit politics if he fails to clinch the Kiambu governor seat at the August 9 polls.

"In the unlikely event I'm not elected, you will not see me in politics again let alone seeking to be nominated. There is life beyond politics," Kuria said in a previous Facebook post on July 12, 2022.

The Chama Cha Kazi party leader made the remarks while dismissing claims that he had forwarded his name for MP nominations as a backup plan if loses the governor race.

"My single-minded focus is to be elected Governor of Kiambu County and to have William Ruto as President," he said in the post.

Shaban who was in the race to represent the constituency for the fifth time congratulated her competitor, Bwire Okano, of Wiper party.

Shaban has been an MP for 20 years.

"Thank you for giving me a chance to serve you for 20 years. My young brother Okano, I congratulate you," she said.