Voting was called off in the two counties and in Pokot South and Kacheliba constituencies.

• The suspension followed discovery of errors on ballot papers where details of candidates and their images were wrong. 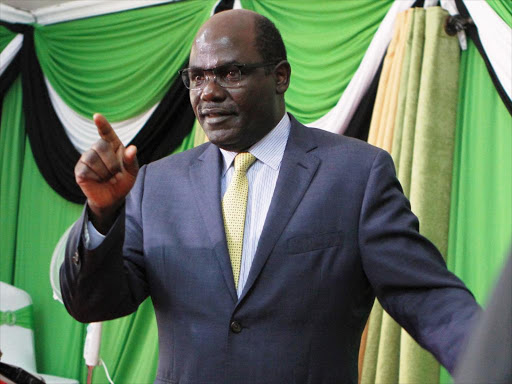 The electoral commission has dismissed assertions that the cancellation of elections in various areas across the country is political.

IEBC chairman Wafula Chebukati said the suspension of polls in the Kakamega and Mombasa governor race as well as the Kacheliba and Pokot South parliamentary contests was purely occasioned by erroneous printing of ballot papers.

"We don't do political games we do election management and I think the ballot paper printers have accepted their mistake," Chebukati said.

Elections in the four areas were suspended less than 24 hours to polling day on Tuesday.

Chebukati said this was after it emerged that the ballot papers for those areas had the wrong images and details of the candidates.

He said the commission will ensure that voters in the affected areas are given their constitutional right to elect leaders of their choice as soon as possible.

Others affected are Pokot South and Kacheliba constituencies.
News
5 months ago