I never chased anyone from government - Uhuru

Ruto and his allies claimed that Uhuru kicked him out of government , giving CS Matiang'i his roles

• Deputy President William Ruto and his allies have over time claimed that the DP was pushed out of the government. 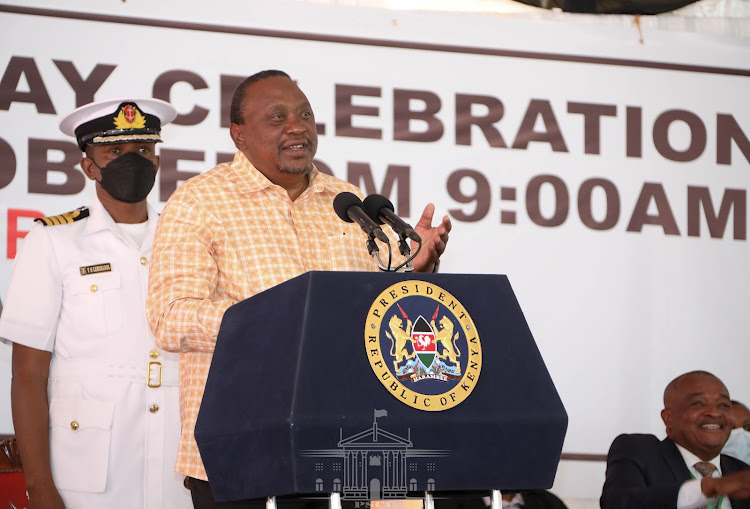 President Uhuru Kenyatta has denied claims that he chased some of his former allies from the government.

Speaking on Sunday evening, the head of State said he never sacked anyone from government.

"Even those that said the handshake changed things in the government. Is there anyone I fired from their job? I never chased anyone out of government,"Uhuru said.

Deputy President William Ruto and his allies have over time claimed that the DP was pushed out of the government.

The DP claimed his roles as Uhuru's principal assistant were instead handed over to Interior CS Fred Matiang'i who was appointed the chairman and coordinator of government development programmes and projects.

Early this year, Ruto was officially kicked out as Jubilee Party's deputy leader.

The decision was ratified during the party's National Delegates Convention (NDC) which split the post into four.

Uhuru said he will experience the same problems as Kenyans.
News
3 months ago