Support for Raila as the next president jumped from 35.1 per cent.

•The poll conducted and financed by Radio Africa Group surveyed 3,152 respondents between  March 7 and 11 across all 47 counties. 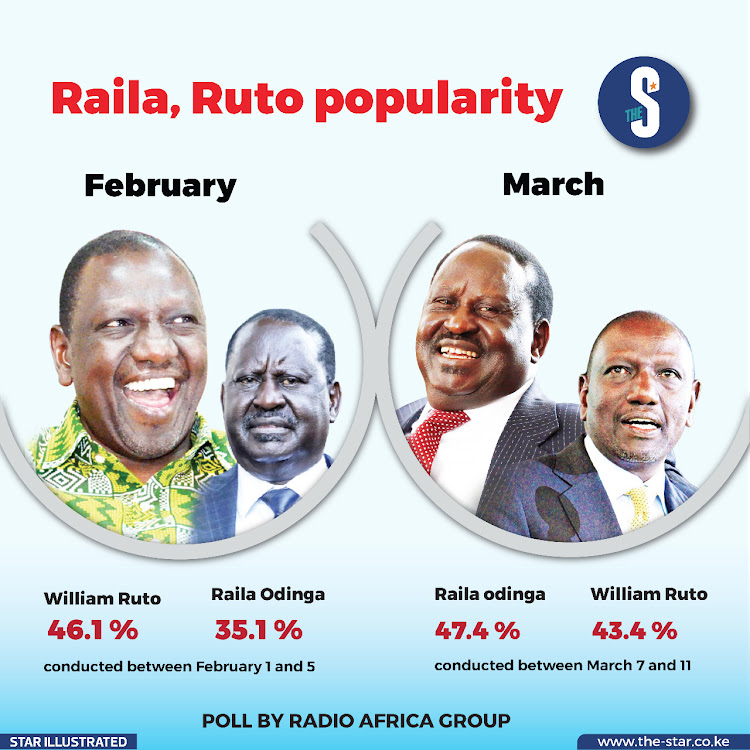 According to the poll, 47.4 per cent of respondents said they would vote for Raila as president if elections were held today, compared to Ruto's 43.4 per cent.