The deal was witnessed by Prof Makau Mutua and Makueni Governor Kivutha Kibwana.

• The deal was witnessed by Prof Makau Mutua and Makueni Governor Kivutha Kibwana. 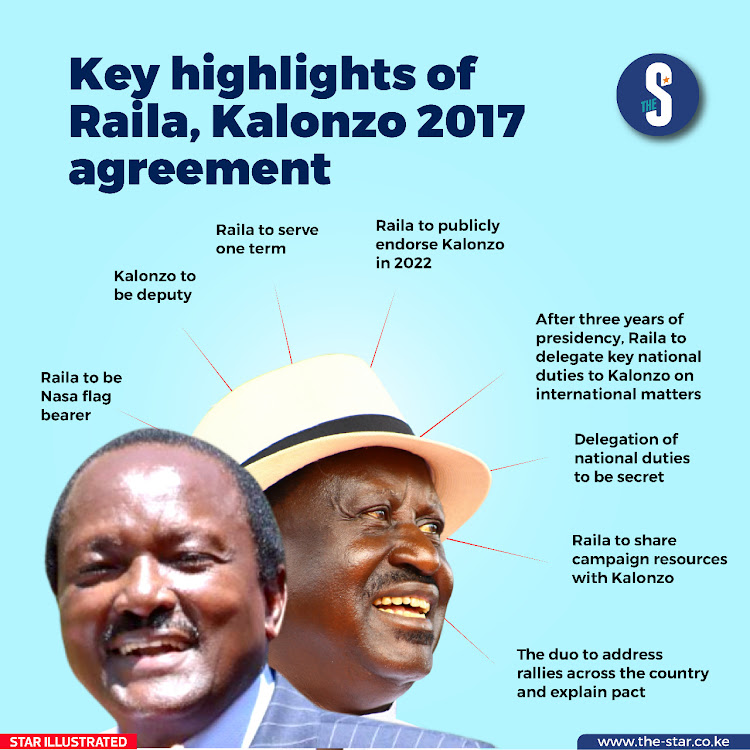 In one of the rarest cases yet, Wiper leader Kalonzo Musyoka laid bare details of his agreement with the ODM leader Raila Odinga.

Details of the agreement show that the Wiper leader was to back Raila in 2017 and later be supported by the ODM leader in 2022.

The agreement signed on April 30, 2017, was witnessed by Prof Makau Mutua and Makueni Governor Kivutha Kibwana.

The Wiper leader is now demanding that the ODM leader considers the details of the agreement even as they negotiate for the August 9, polls.

"No tension between me and Raila," Kalonzo said.
News
4 months ago