Ruto enjoys the backing of few parties compared to his fierce rival Raila.

• Ruto got a huge boost after the ANC leader Musalia Mudavadi and Ford Kenya's Moses Wetang'ula announced their willingness to partner with him.

• PDP and CCM had already leaned towards the DP's camp. 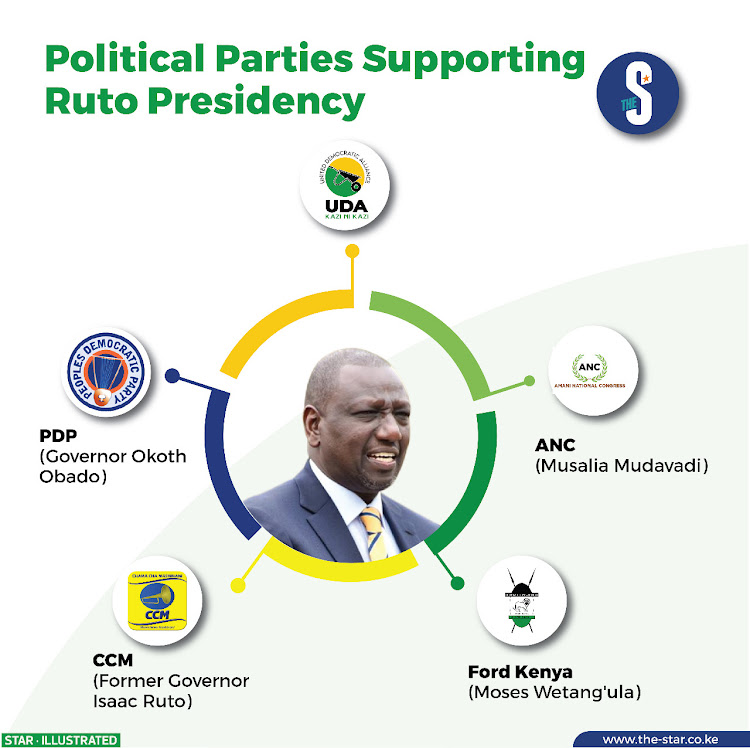 On January 23, 2022, deputy president William Ruto got a huge boost after the ANC leader Musalia Mudavadi and his Ford Kenya counterpart Moses Wetang'ula announced their willingness to partner with him ahead of August 9, elections.

The two were backed by their parties to join Ruto's camp.

The move, though huge for the DP, raised eyebrows because the second in command had earlier downplayed forming an alliance with other parties ahead of the August 9, polls.

ANC and Ford Kenya parties joined PDP and CCM which had already leaned towards the DP's camp.

Raila is a fighter of the people and fighter of corruption - Kibwana
News
4 months ago
“WATCH: The latest videos from the Star”
by WILLIAM WANYOIKE
Infographics
21 February 2022 - 16:24