Ruto hints at picking Wahome or Gachagua as running mate

•Wahome was the first to be invited by Ruto to the podium after his own speech.

•She was followed by Wetang'ula then Gachagua. Musalia spoke last. 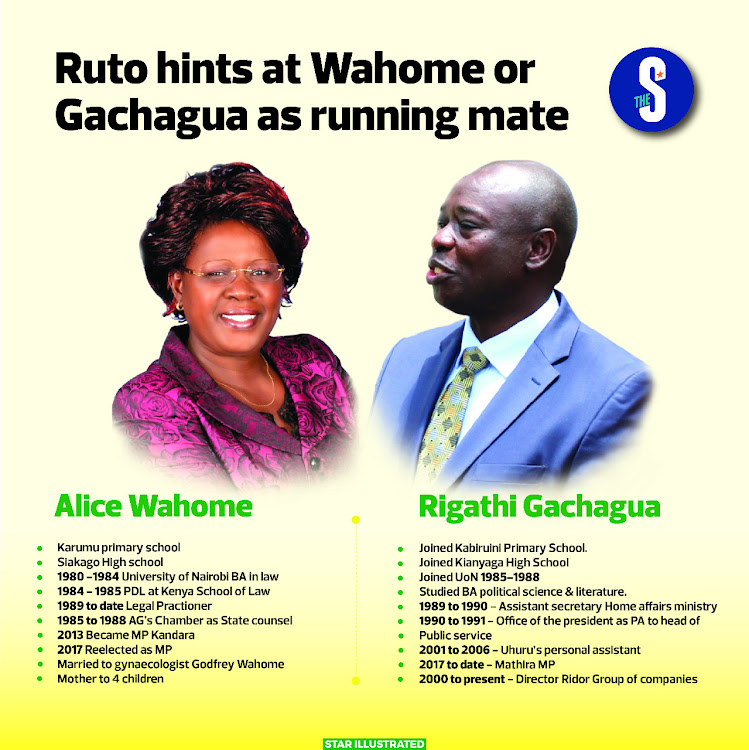 Deputy President William Ruto has signalled he could pick either Rigathi Gachagua or Alice Wahome as his running mate.

The DP on Wednesday breached protocol to invite Wahome (Kandara) and Gachagua (Mathira) to speak after his address, signalling their rising influence in his camp.

The last speakers traditionally carry considerable weight, speaking last is a sign of respect. They spoke during the launch of Ruto's Kenya Kwanza Coalition in Afraha Stadium Nakuru.

The event was attended by his new partners, Musalia Mudavadi of ANC and Moses Wetang'ula of Ford Kenya.

Ruto hints at Wahome or Gachagua as running mate