Ntembeya thanked the President Uhuru Kenyatta, Interior CS Fred Matiang'i and PS Karanja Kibicho for the opportunity and the support they accorded him.

He has been in public service for more than 25 years. 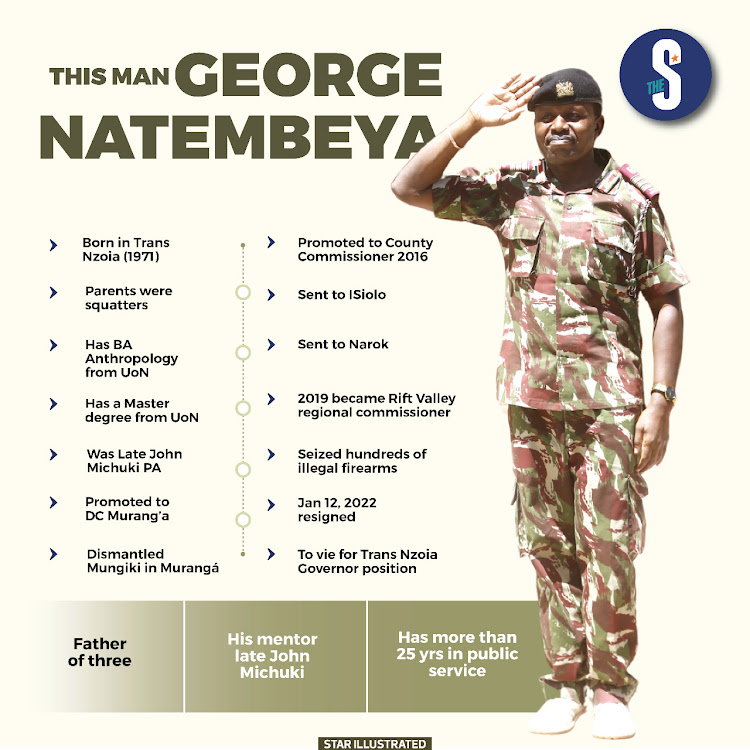 He is eyeing the Trans Nzoia Governor seat.

Natembeya is the first high-ranking official in the government  to resign ahead of the February 9 deadline for public servants eyeing political seats in the August 9 general Election in line with the Elections Act.