MISSING CONTEXT: This photo does not show Health CS Susan Wafula flagging off a surgery 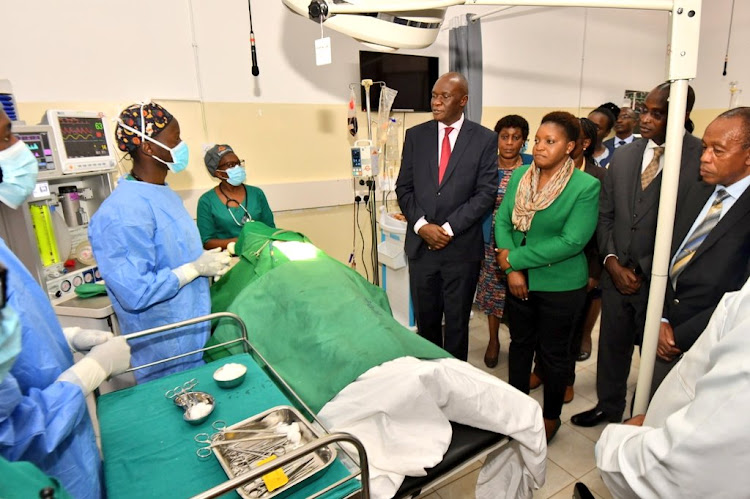 A photo doing rounds on social media claiming to be that of Kenya’s Health Cabinet Secretary Susan Wafula flagging off surgery in the theatre room is missing context.

The claim was made by a Twitter user by the name “Dr dkdennomel”. 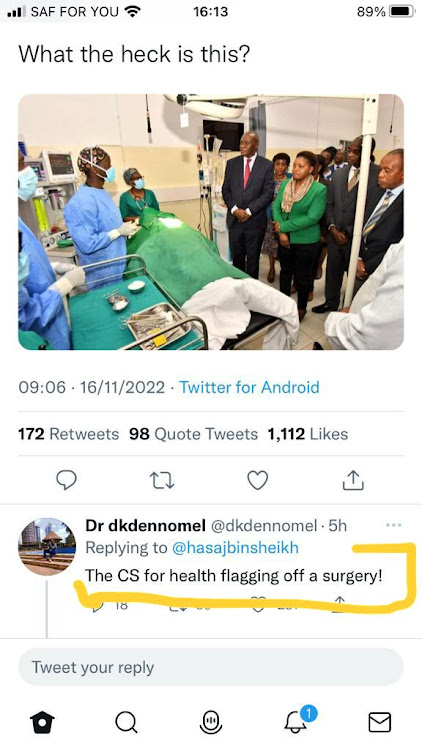 The correct position is the image was from a simulation lab and not from the real theatre.

The CS and her team had no proper protective gear and she was talking to surgeons who were attending to a patient.

The CS has made the clarification on her official Twitter account, saying that the criticism she has received from online users was justified.

“The criticism my team and I have received is justified. Medical theatres are sterile environments and although this is a simulation lab, we should have been dressed in proper attire,” Wafula tweeted.

She added that the simulation lab uses dummies, not patients.

This fact check was published by The Star with support from Code for Africa’s PesaCheck and African Fact-Checking Alliance.

KPMDU has decried an acute shortage of doctors in the North Rift counties.
News
2 months ago
Post a comment
WATCH: The latest videos from the Star
by MANNY ANYANGO Digital Journalist and Social Media Executive
Fact Checker
30 November 2022 - 18:30
Read The E-Paper