The shared image is photoshop 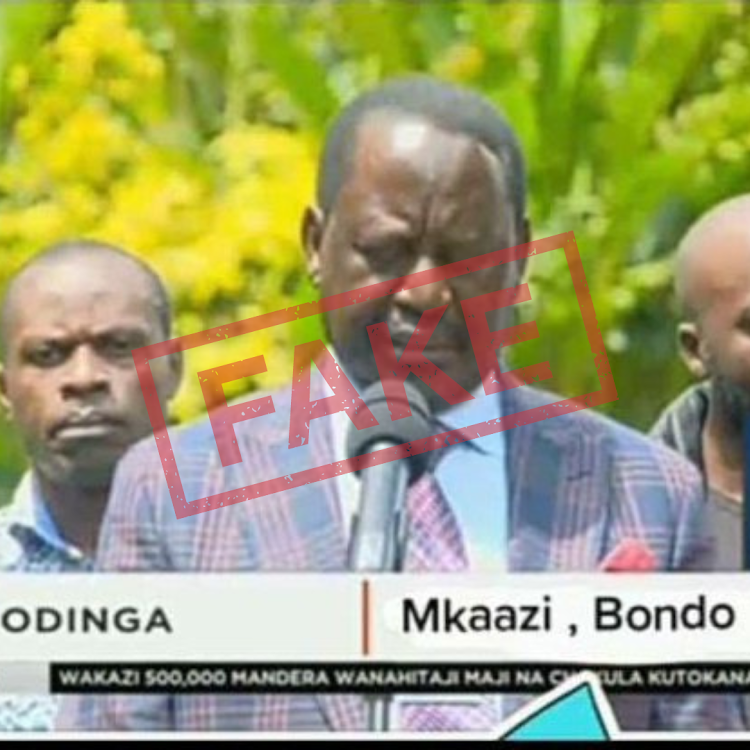 A photo doing round on social media, claiming that Citizen TV had describe ODM leader Raila Odinga as a Bondo resident is fake.

A Twitter user by the name Realistic, shared the photo, calling Citizen TV out for the description.

"Citizen tv hizi ni gani sasa heri hawangeandika jina bas," this is losley translated to (Citizen TV, what is this, you should have at least written the name.)

In the original photo shared, the ODM leader was addressing the media following increased extra-judicial killings in the country, urging the government to take measures.

"We firmly oppose the current trend directed by a vindictive regime and a President that seems to be pursuing a personal vendetta against specific current and past State officers in the pretext of pursuing extra-judicial executions," Raila said.

The correct position is that, Raila was not described as Bondo resident as stated above.

Here is the real video from Citizen TV.

The service is not available in Kenya.
News
3 weeks ago

FACT-CHECK: CS Linturi’s claim that agriculture contributes 60% of GDP is not true

Agriculture contributes 20 per cent of the Gross Domestic Product (GDP).
News
4 weeks ago