Paul Mwangi who signed the document was representing Agano party.

•On Wednesday, an image of form 34c, which the Star verified is factual, went viral on social media showing three agents appended their signatures.

•Among the names captured on the signatures are Paul Mwangi, Kithure Kindiki and Üagnik Ramji.

The results on forms 34A and 34 B after being verified are moved to form 34c. Form 34A contains results for various polling stations.

Form 34B is used to combine all numbers from various polling stations, and then classify them under the constituency level.

Form 34C on the other hand combines presidential votes from all constituencies and classifies them under the final results nationally. 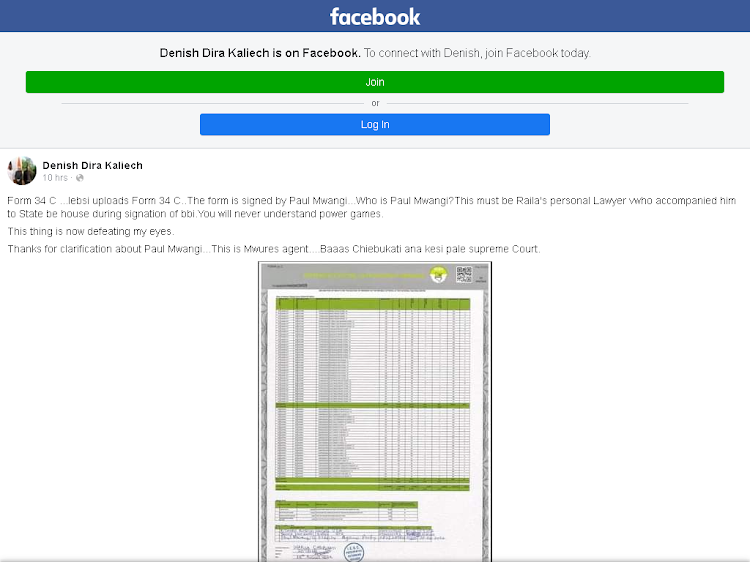 On Wednesday, an image of form 34C, which the Star verified is real, went viral on social media showing three agents appended their signatures on it.

Among the names captured on the signatures are Paul Mwangi, Kithure Kindiki and Üagnik Ramji.

While Kindiki is known to be President-elect William Ruto's Chief agent, many Kenyans on social media concluded that Paul Mwangi who signed the results is Raila's lawyer.

Fact-checker has, however, established that even though Raila's lawyer is known by the name Paul Mwangi, he is not the one who signed the form 34c. 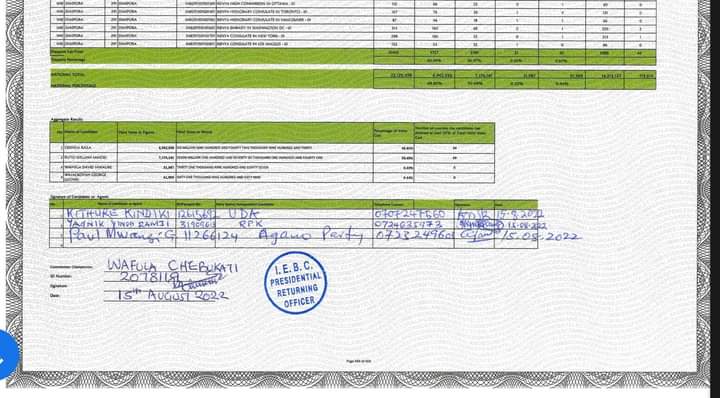 His third name is Gatundu, though it was not included on the form.

In the signed form, it is also indicated that Paul Mwangi who is misconstrued as Raila's agent was representing the Agano party and not Azimio La Umoja One Kenya Alliance.

The former prime minister vied for the presidency on the Azimio ticket.

Raila's Lawyer has also dismissed the reports that he signed the form 34c and said the one who signed is Waihiga's agent.

"The Paul Mwangi who signed the Form 34C is a clergyman who was the Chief Agent of Agano Party," he tweeted.

In addition, Raila's chief agent was Saitabao Ole Kanchory and not Paul Mwangi.

Ngugi’s children dismissed the reports on Monday.
News
1 month ago

PDF copy of The Star claiming Chebukati was bribed fake