Jimmy declined to divulge the person he supports for the presidency.

•A section of Kenyans shared the tweet widely misleading Kenyans that the scion has joined the DP's camp. 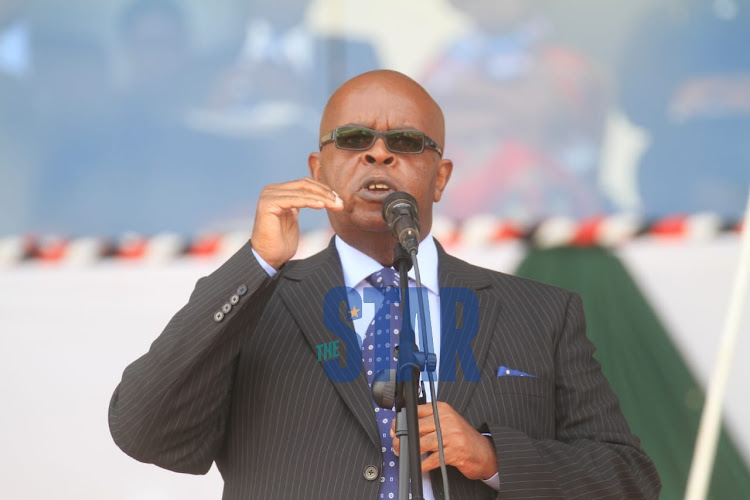 A section of Kenyans shared the tweet widely misleading Kenyans that the scion has joined the DP's camp.

After consideration and consultation with Nyeri residents I would possibly run for Nyeri Senate seat. On Saturday May 14 I would unveil my Party and launch my bid. Mount Kenya needs vibrant and vocal leaders. Additionally, our support for Kenya Kwanza is inevitable.

Fact-checker has however debunked the reports and established that the Twitter account bearing the name of the late ex-president's son is fake.

Besides, Jimmy has confirmed to the Star that he is not a member of the Kenya Kwanza Alliance.

"It has come to my attention that there are several fake Twitter accounts impersonating me, and purporting to imply that I support the Kenya Kwanza political formation," the Scion said.

"I would like to take this opportunity to inform Kenyans that they should ignore all fake and preposterous announcements emanating from these delinquent imposters."

The scion noted that he enjoys cordial relationships with President Uhuru Kenyatta who is his long-term buddy adding that his loyalty to him is unquestionable.

He, however, declined to state who he backs for the presidency saying the person he will vote for is his personal affair.

"Any right-thinking Kenyan who understands the 62-year relationship between the Kenyatta and Kibaki families will know that my loyalty to President Uhuru Kenyatta is sacrosanct, and our 50-year-old friendship endures," he said.

"As to who I will vote for in the upcoming presidential election in August...as the voting is by secret ballot, my vote is, as it is for my fellow citizens, my secret."