Keter said the issue was being propagated by his political opponents.

• During the campaigns ahead of the UDA nominations, aspirants used tea harvesting machines as their main tool of campaigns to fight Keter politically.

• The CS was forced to defend himself from the allegations. 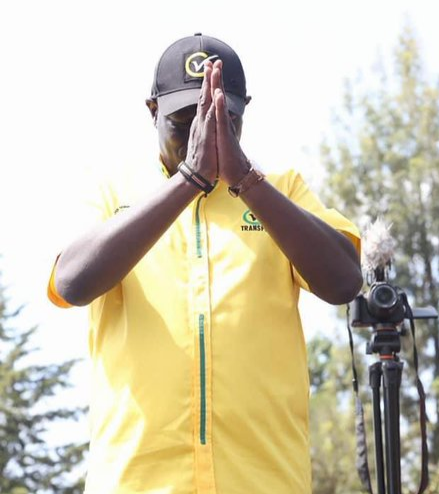 But days before the nominations, the aspirants used tea harvesting machines as their main tool of campaigns to fight Keter politically.

His opponents, including UDA nominee Mutai, claimed that the former CS is behind the machines that are now being used on several tea farms in Kericho and Bomet to pluck tea, hence, rendering hundreds of tea pickers jobless.

The CS was forced to defend himself from the allegations, saying that he is not behind the machines and that the issue was being propagated by his political opponents.

In one of his addresses during the campaigns, Keter said: "I don't own any tea picking machines nor have I ever done business with the tea companies in that regard.”

In one of the articles published by the Daily Nation dated March 30, 2022, titled I do not own tea harvesting machines, the CS criticised the opponents for tarnishing his name.

However, fake news emerged with social media users circulating a fake headline, I do not own tea harvesting machines, it’s my cousin Senator Aaron Cheruiyot.

The fact-checker has confirmed that Keter did not mention the name of the senator in his remarks; hence, it is propaganda.

The report quoted in the fake headline is also not the one who wrote the article in the original copy.

The article was written by Anita Chepkoech, who is based in Kericho, and not Stacey Mulinge as stated in the propaganda.

The propaganda is therefore meant to target the mentioned persons, which is becoming normal in Kenya during the electioneering period where politicians have become victims of fake news.

Keter appreciated his supporters as he applauded Mutai for his victory.
News
1 month ago