The Senator flagged the statement as fake.

• Makueni Senator Mutula Kilonzo Jnr said the post attributed to him is fake.

• The media house linked to the post also disowned it. 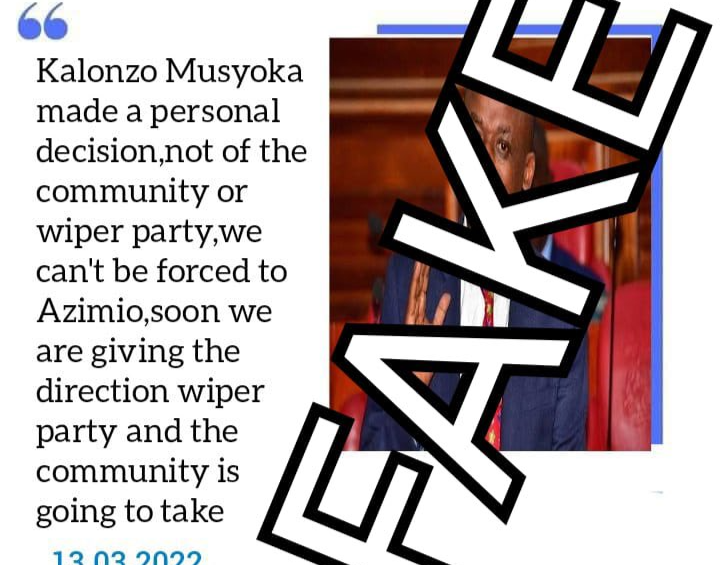 The statement has been flagged as fake.
Image: MUTULA JUNIOR/TWITTER

Kalonzo said during the meeting that he took the move for the sake of the country’s unity.

However, since then, a number of fake news have been shared on social media claiming that some of Kalonzo’s close allies were against his step.

A post with quotes claiming to have originated from Makueni Senator Mutula Kilonzo Jnr is one of the fake news being circulated.

“Kalonzo Musyoka made a personal decision, not of the community or the wiper party, we cannot be forced to Azimio, soon we are giving the direction wiper party and the community is going to take.”

Also, the statement did not originate from KTN News social media account.

A number of Kenyans including Makueni Governor Kivutha Kibwana fell into the trap of propaganda.

If WIPER gives contradictory messages to Ukambani and Kenya in general, that will not be healthy. The Party Leader made a pronouncement. Some people should not continue to hold him hostage. Azimio is the way for our future. What other option is Junior proposing? pic.twitter.com/WvuuXiSRvn