False: Omingo Magara has not ditched Ruto's UDA for Azimio

Magara dismissed the allegations as rumours, asked Kenyans to ignore them.

• However, the fact-checker has verified that the claims are false, and just the propaganda that is being spread as the August 9 elections approach. 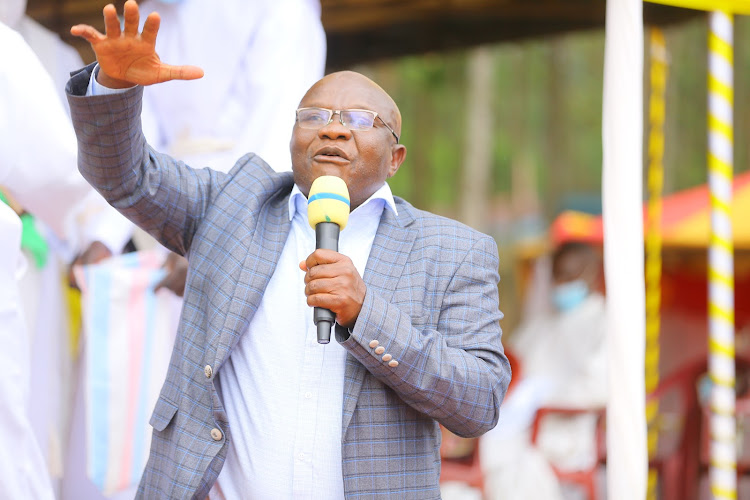 The United Democratic Alliance party National Treasurer Omingo Magara was the subject of the day on Sunday as his name filled the social, with claims of resignation from the party.

According to the information that dominated the social media, Magara, who is a close ally to the Deputy President William Ruto had resigned and was about to join the Azimio la Umoja Movement.

However, the fact-checker has verified that the claims are false, and just the propaganda that is being spread as the August 9 elections approach.

Through his official Twitter account, Magara dismissed the allegations as rumours, and asked Kenyans to ignore them.

“I've seen with dismay messages and propaganda circulating all over social media with unsubstantiated messages attributed to me. Kindly ignore all rumours, I am a man of principle and will communicate through my handles,” Magara said.

Otundo said she is scouting for a new party.

She said UDA pulled her down at the last minute in favour of Nyaribari Masaba MP Ezekiel Machogu, seeking to succeed Governor James Ongwae.

They are seen as frontrunners and have already embarked on grassroots campaigns.
Counties
3 months ago
by KEVIN CHERUIYOT Online Journalist
Fact Checker
27 February 2022 - 21:27