Badi not running for Nairobi governor

A poster shared on social media insinuated the director general would run for the city's top seat. 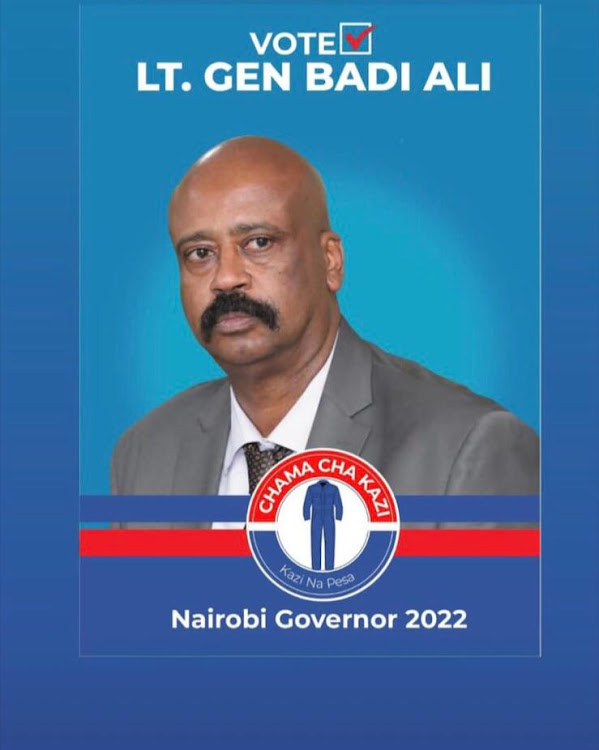 A poster recently shared on social media had Badi's image with the word 'vote' and a ticked box next to it, at the top.

Beneath these is the director general's name 'Lt. Gen Badi Ali'

A fact-check by the Star has established that the post is fake.

Google Reverse Image Search, TinEye, and Yandex tools did not pick the image.

Further, Badi told the Star he had no interest in joining politics and the post was fake.

"This is fake news being peddled around on social media. I have no intentions of joining politics," he said.

"My mission in Nairobi is very clear as outlined by President Uhuru Kenyatta on March 18, 2020."

In a previous interview with the Star, Badi said once the NMS tenure comes to an end he will go back to the barracks.

“My determination is to see a change in Nairobi within the two years of my tenure. After that, I will go back to the barracks,” he said.

“I’m not a politician, mine is just working. I have an agenda to follow and I have timelines to complete certain projects. There is nothing like ‘cannot’ in the military, you have to achieve it.”

The NMS two-year term was to expire in March but was renewed by Governor Anne Kananu early this month for a further six months.

It is in charge of health services, transport, public works, utilities and ancillary services, and planning and development.

The construction was being undertaken by a Chinese company.
News
4 months ago

NMS will still be in control of the county's top four functions until August this year.
Counties
4 months ago

Ball now in Badi's court to ensure that by August, they'll have completed all projects
Counties
4 months ago
by MAUREEN KINYANJUI News Reporter
Fact Checker
22 January 2022 - 04:00