How misinformation was spread in Laikipia clashes

Misinformation has been spread through social media.

•Peace has been restored in some areas and learning has resumed in some schools. 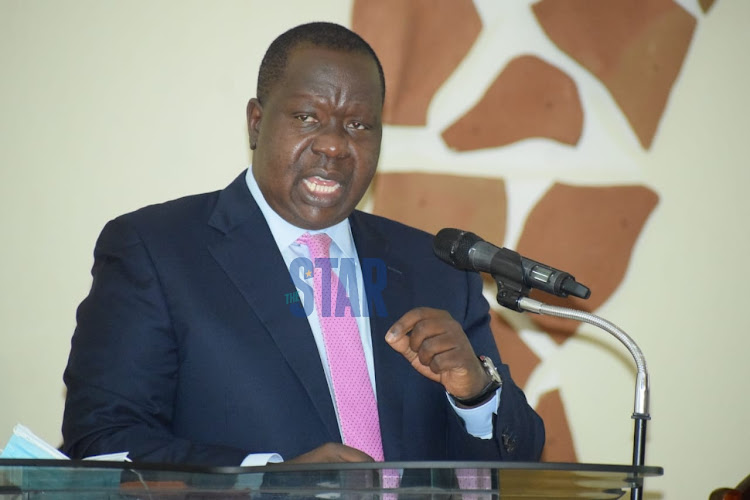 For months, insecurity in parts of Laikipia county has dominated the headlines in the country, attracting attention from the government and Kenyans.

Armed herders have been at the center of the conflict, invading locals’ farms to feed their cattle, displacing the owners from their homes.

At least eight people have been killed in the conflict, houses torched and hundreds displaced from their land.

Since then, the government has taken action to restore calm in the volatile area which had paralysed businesses and learning.

But from day one of the conflict, misinformation has been spread through social media.

The conflict has been intermittently ongoing for years, with things getting worse when a General Election is approaching.

Calls have been made to avoid mixing politics with the current situation in Laikipia.

In one of the false videos that has been circulating is an edited clip of Pokot warrior Nicholas Limachia who was captured in a feature aired by NTV on March 28, 2017, dubbed #PokotTerritory.

The feature was aired during the 2017 clashes between the Pokot and Marakwet communities who have been fighting over Tiaty Constituency, which is located in Baringo County.

The fights had been escalated by the illicit guns in the hands of the locals, who used them to protect themselves and their livestock from the bandits.

In the feature, when the warrior was asked if he is ready to surrender his gun for a peaceful talk, he said that he will not do so because opponents have been armed by elements in the government.

However, some social media users have shared a portion of the clip where the warrior mentions a person with a name similar to that of a senior government official to associate him with the clashes.

Another video of soldiers spraying bullets at an unarmed man was shared, with rumour mongers claiming that it was footage from the ongoing operations to restore peace in Laikipia.

They claimed that the man who was being killed was one of the bandits, which is not true.

The clip is an old one, that was picked from one of the operations carried by Kenya Defence Forces against al Shabaab.

The government has not deployed KDF officers to Laikipia, but has dispatched Rapid Deployment Unit (RDU), General Service Unit (GSU), and National Police Reservists to the area.

So far, peace has been restored in some areas and learning has resumed in some schools.

Interior CS Fred Matiang’i had said that a commando training base will be set up in the affected area, adding that the forces will have 'a very good training exercise' if the bandits show up again. "They will be shot. That's the exercise".

Also, a sub-county has been created in the volatile area, which will comprise of Ngarua, Sipili, and Ol Moran wards.

Nakuru has its own deadly problems with banditry, violence in Molo.
Counties
8 months ago

Team under National Security Council met the president Monday for the briefing.
News
8 months ago