Kang'ata has dismissed the video, saying that he is a teetotaler.

• Kang’ata said that on Tuesday - when the fake video was taken - he was making his remarks in Parliament.

• The MP had said that local farmers were stressed for not being paid by the Murang’a County Government after supplying milk. 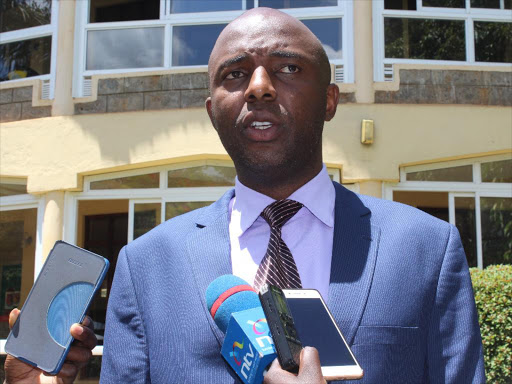 Fake news at it again; many Kenyans and some media outlets fell for it.

The video was dismissed by the senator.

The manipulated video showed what appeared to be the senator attending proceedings while at the infamous nightclub in Nairobi - Sabina Joy.

Kang’ata said that on Tuesday - when the fake video was taken - he was making his remarks in Parliament, asking about the payment owed to farmers.

The MP had said that local farmers were stressed for not being paid by the Murang’a County Government after supplying milk.

Earlier on, the senator attempted to attend the session virtually from his office which is within Parliament Buildings but had technical problems, forcing him to move to the main Chambers.

“Mr. Speaker I am there...online…Mr. Speaker, I am online and my video is on. I don’t know maybe because I am reading the statement,” he said.

The Speaker had said Kang'ata was not allowed by the House rules to make submissions from his location, to which he agreed to go to the Chambers.

After some minutes, the senator appeared at the Chambers physically and was allowed to make his statement.

“Mr. Speaker in the said statement, the committee should; state the ownerships structure of Murang’a County Creameries including the shares of the creameries owned by farmers, inform the House on the level of the farmers' representation in the running and management of Murang’a County Creameries and the cooling plants in the dairy sector value chain in the county,” Kang’ata’s said.

But in the doctored video, voices were inserted, with people heard shouting that ‘he is in Sabina Joy,’ which was not true.

According to PBU footage of the Senate proceedings on September 14, 2021, seen by the fact-checker, there are no such voices.

Also, the Senator said that he has never taken alcohol and that such propaganda was being propagated by his competitors.

Kieleweke bloggers- no single drop of alcohol has ever passed via my mouth . That voice insertion into my today's senate contribution is fake and false.The true question that I asked in Senate was about Muranga Farmers unpaid milk delivered to County Factory. pic.twitter.com/axodip1b1r