• The car and its passengers were on board MV Harambee, a ferry that operates on the Likoni Channel.

• Government spokesman Cyrus Oguna confirmed the accident had occurred on September 29 and that the vehicle involved was a saloon car with two occupants. 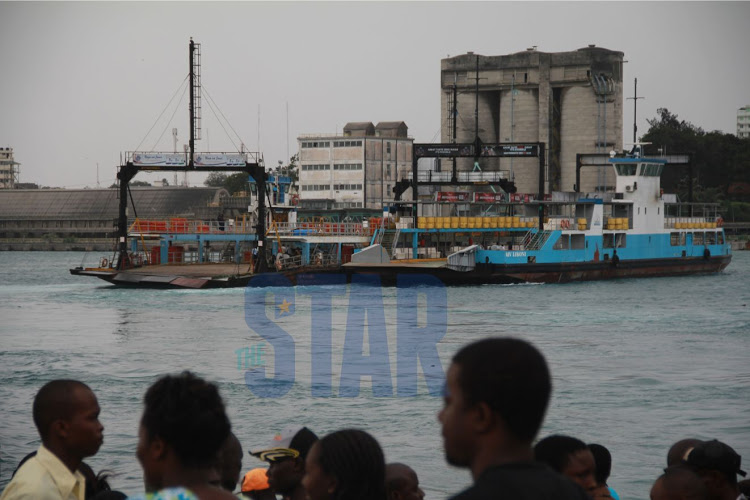 MV Harambee being towed to shore by MV Likoni after it stalled in 2015 at the Likoni Channel.
Image: FILE

A Facebook post claiming that a car with two occupants plunged into the Indian Ocean on September 29 while crossing the Likoni Channel on a ferry is TRUE.

The car and its passengers were on board MV Harambee, a ferry that operates on the Likoni Channel.

Government spokesman Cyrus Oguna confirmed via his Twitter account that the accident had occurred on Sunday, September 29 at around 6:15 pm, and that the vehicle involved was a saloon car with two occupants.

The tweet also adds that the vehicle slipped off the ferry ramp into the Indian Ocean, and that the two occupants of the vehicle died in the incident. 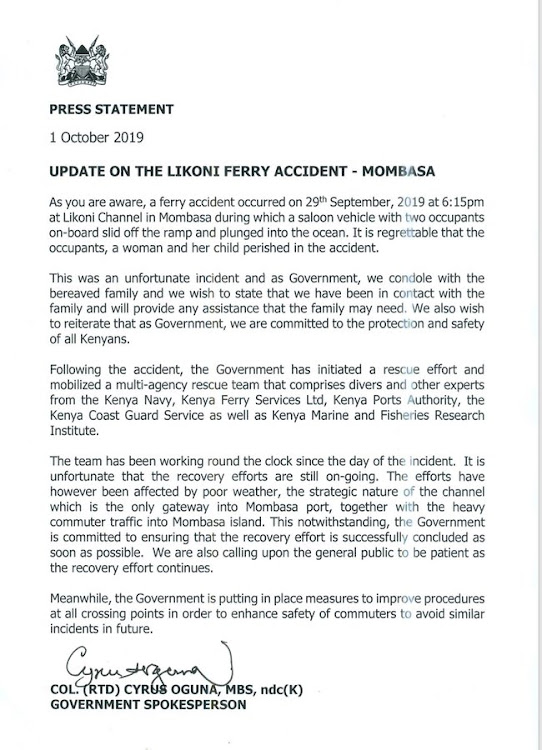 The Kenya Ferry Services also confirmed the incident on its official Twitter account, adding that the car and its occupants are yet to be retrieved.

On September 1, the KFS tweeted that divers had located the car, and that recovery operations were ongoing to retrieve the vehicle and the bodies.

PesaCheck has looked into the claim that a car with two occupants plunged into the Indian Ocean at the Likoni Ferry Channel on September 29 and finds it to be TRUE.

This fact-check was written by PesaCheck Researcher James Okong’o, was edited by PesaCheck Deputy Editor Ann Ngengere and was approved for publication by PesaCheck Managing Editor Eric Mugendi.