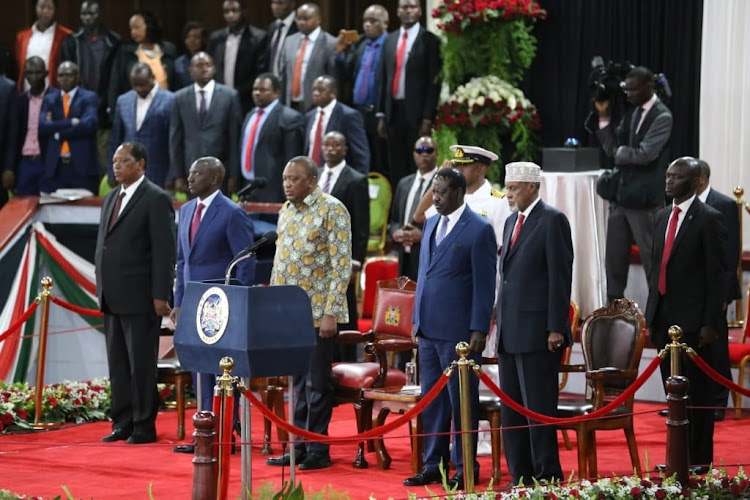 President Uhuru Kenyatta and ODM boss Raila Odinga are set for a political showdown with Deputy President William Ruto as the ‘Handshake’ partners release BBI report next week. The Star has established that Uhuru and Raila are set to release the much-awaited report and have already lined-up a series of sanitisation meetings with the Cabinet and Parliamentary leadership ahead of the D-day.

Sources privy to the preparations intimated that all is set for the handover of the report to the leaders by the Building Bridges Initiative taskforce chaired by Garissa Senator Yusuf Haji. However, Ruto and his allies have vowed to reject the report that seeks to change the country’s governance structure – effectively setting the stage for a gruelling political battle. 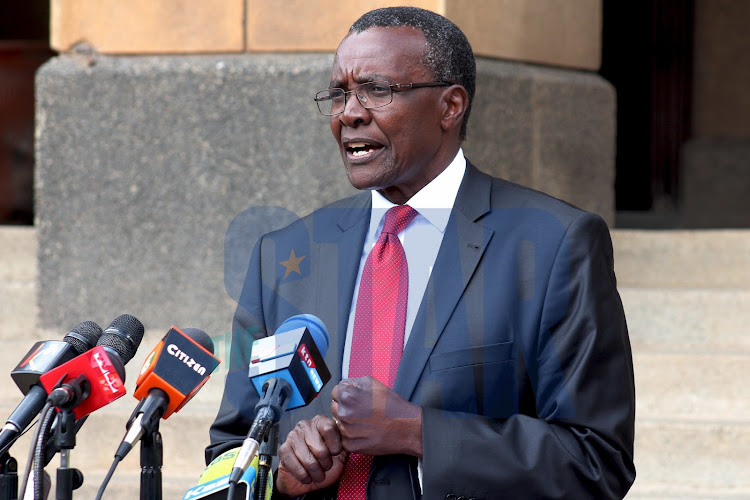 The Judicial Service Commission will be meeting today where a decision could be taken to declare a vacancy in the office of the Chief Justice. Chief Justice David Maraga is expected to leave office in January and the JSC wants to recruit his successor before he leaves.

The Star has learnt that the JSC will be taking the decision today and set out a calendar for the replacement of the Chief Justice. A number of judges on the Supreme Court bench are expected to seek the position. 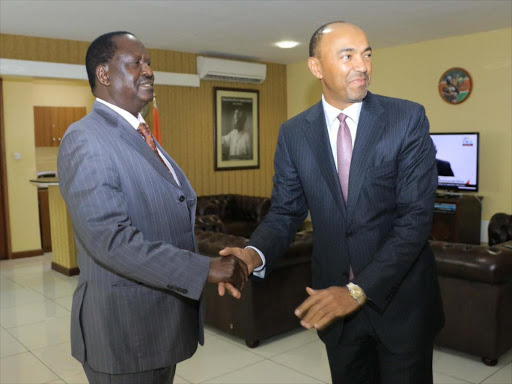 Former Gatanga MP Peter Kenneth is facing a litmus test: Can he unite and persuade Mt Kenya to back ODM leader Raila Odinga for president? If so, he could become Raila's running mate and possibly Mt Kenya kingpin. There are a lot of 'ifs'. Last Saturday, Kenneth, commonly referred to as PK, led a 500-member delegation of elders and leaders from Central for a meeting with Raila at his Bondo home.

The meeting was seen as part of breaking the ice between the Agikuyu and Luo, two communities whose historical animosity dates to post-Independence. However, Kenneth’s political move has elicited reservations from his competitors who want to succeed President Kenyatta as Mt Kenya kingpin. 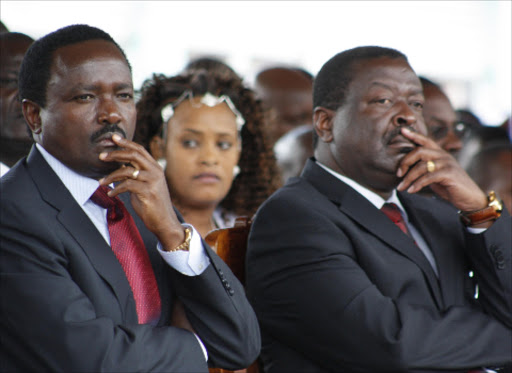 The Ukambani and Western voting blocs will be key factors in the presidential race between Deputy President William Ruto and ODM leader Raila Odinga. The two regions are emerging as the new battlefronts in a scenario that may play out if the Building Bridges Initiative yields a referendum. It is unknown if Wiper leader Kalonzo Musyoka and ANC boss Musalia Mudavadi will run on their own in the race to succeed President Uhuru Kenyatta.

A recent meeting between the two at a Nairobi hotel, together with former deputy speaker Farah Maalim, has sparked talk of a pact. The uncertainty of their bids has made it difficult to project how voters from the regions will align themselves, as well as in which new territories the two leaders will make inroads.

Proposes law seeks to slash interest on student loans to 3% 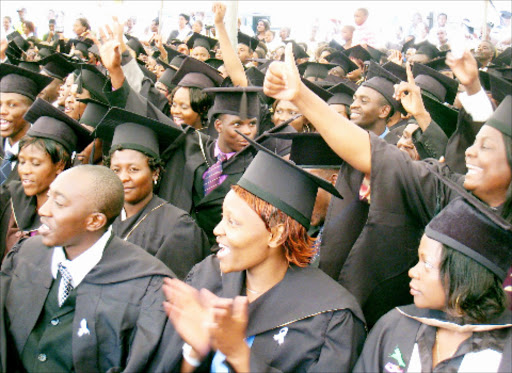 College and University students will be handed a reprieve if a Bill slashing interest charged on higher education loans to three per cent is enacted. The Higher Education Loans Board (Amendment) Bill, 2020 also increases the grace period for repayment of the loan to five years. The Bill reduces interest on the loans from the current four to three per cent and shields the jobless graduates from fines imposed on defaulters.

Currently, Helb loan beneficiaries are required to start repaying the loans within the first year of completing their studies or graduating, a requirement that has left thousands of jobless beneficiaries in default.