What it takes to ace Braille Code

For the unsighted and the sighted, learning Braille demands interest, time and exertion 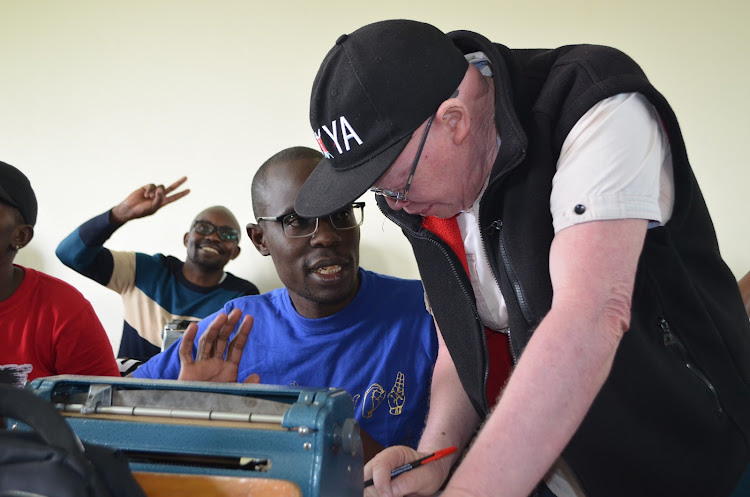 According to the World Health Organisation (WHO), at least 2.2 billion people around the world have vision impairment.

WHO recognises that the world faces considerable challenges in terms of eye care, including inequalities in the coverage and quality of prevention, treatment and rehabilitation services. In Kenya, an estimated 350,000 people live with blindness and visual impairment, according to the Kenya Society for the Blind.

The blind and visually impaired benefit immensely from the Braille writing system, which is named after its French inventor, Louise Braille, who was accidentally blinded while still a very young child aged three.

Braille is characterised by raised dots. Using either one hand or both, the blind or those interested to learn and teach Braille, move the tips of their fingers from left to write as they read it.

There are 63 possible dot combinations in each Braille cell. Hence, all the letters and punctuation in most alphabets can be assigned a specific combination of dots.

Louis Braille’s codes were arranged in small rectangular blocks called cells, with raised dots in a 3 x 2 pattern. Each cell represented a letter, number or punctuation, which can be recognised by touch. Dot height, cell size and cell spacing are uniform.

Advanced Braille consists of the 26 standard letters of the English alphabet, punctuation and contractions. The contractions are employed to save space since Braille is bulky.

Since Braille is a code, all languages can be written in it. Mathematics, music and computer programming can also be read and written in Braille.

Fresh learners at KISE who’ve just begun reading and writing Braille are first taken through basic Braille. This consists of 26 letters of the alphabet and punctuation. During the Kenya National and Examination Council exams conducted in Braille, blind learners are given 30 more minutes.

The paper inserted into the Perkins Brailler machine is imported. The production of tactile diagrams requires swell paper, which isn’t locally available.

Instead of the Perkins Brailler machine, a positive slate and a stylus may be used. The Braille learner embosses each Braille character for himself. This makes the characters to be more etched in the learner’s mind for easier identification.

For the unsighted and the sighted, learning Braille demands interest, time and exertion. For those who wish to learn it, the challenge shouldn’t be viewed as insurmountable. The United Nations Educational, Scientific, and Cultural Organization (Unesco) volume Working With Braille offers this assurance:

“It must be emphasised that the perception of Braille characters is well within the capabilities of our tactile [touch] senses.”

Post a comment
WATCH: The latest videos from the Star
by Wiliam Inganga
Big Read
03 January 2023 - 04:00
Read The E-Paper