Sweet escape to the Enasoit lodge

• It is a perfect place for a safari under the African sky, between the Maasai and lions 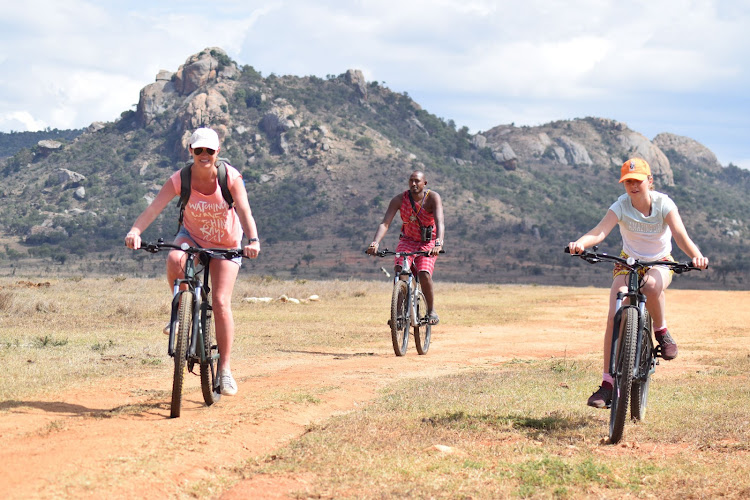 A bicycle ride around the lodge
Image: SIMON MARSH

Nestled beneath the majestic Lolldaiga Hills, in what can only be described as blissful serenity, lies the haven known as Enasoit. An exclusive-use lodge, it is split between the main camp and the pool house about a kilometre away.

The main lodge is positioned to maximise the view of a strategically positioned waterhole, and at the time of writing during an extremely dry period, this meant a never ending stream of visitors of the four-legged variety. The pool house is concealed in a grove of luscious greenery, which is a stark variation from the acacia dotted savanna of the camp.

The rooms are, in fact, really suites, all of which are candidates for an interior design award. It does get a bit chilly in the evening in Laikipia, and one of the features I love is that there is always an inviting log fire in the room to help send you off to dreamland after an extravagant dinner and a glass of wine.

The entire camp is powered by solar so there is a plentiful supply of hot water to wash away the day’s dust and once again, one of the true delights is to sit on the terrace and watch the non-human residents pass by en route to quench their thirst. For those who need to be connected, the camp has electricity and wireless Internet throughout, though part of the joy of being in the bush is swapping the phone for the binoculars.

Enasoit was established as the family home for a family from Scandinavia and retains an intimate family feel, which just adds to the amazing atmosphere. For 20 years, it has been run by the Glover family, who care deeply for the place, its people and the wildlife and clearly take an enormous amount of pride from its evolution.

Chatting by the mess area fire in the evening was an opportunity to hear some of their many interesting experiences in the bush, including the rescue of an orphaned buffalo who became part of the family until big enough to return to his own kind.

The game drives were extremely fun and the guides were very knowledgeable. I like to ask challenging questions, and there was no way of catching our guide John out. The sundowner spots they chose could not have had a better view of the setting ball of fire that is the African sun. The conservancy is renowned for leopard sightings, but they are the masters of disguise and we had to be contented with the myriad of other species we could watch. 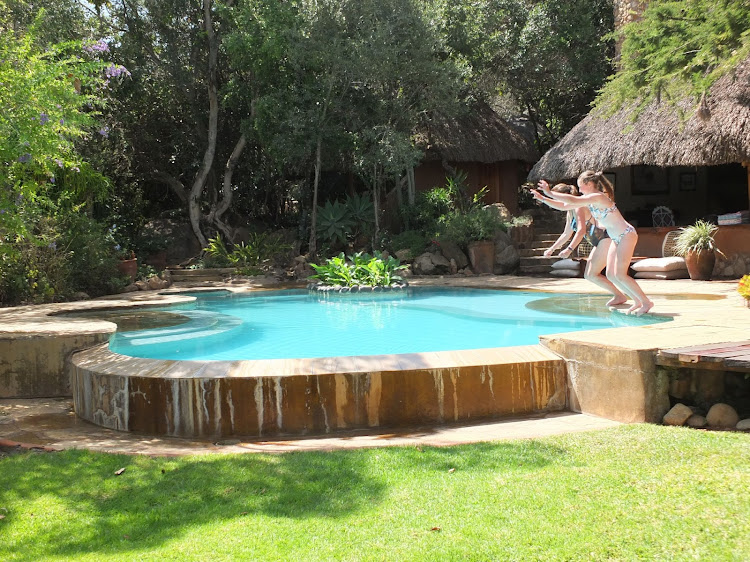 To get between the pool and the main lodge, you had the option to drive, walk or cycle about one kilometre. We chose to cycle. The ride, on some pretty impressive Giant mountain bikes, is breathtaking. We were able to get so close to the animals, we could almost touch them, and you can’t help but smile at the little warthogs trotting past you, tails aloft, to their burrows on the side of the track. Up at the pool, the five-star service continued. With its own bar, little effort is required. We were able to invent ever more silly ways to propel ourselves into the cooling waters of the crystal clear pool.

The food is exquisite and designed to please all preferences and palates. There was steak that melted in your mouth, bursting with flavour. It was impossible not to have seconds. The desserts were on another level, the sticky toffee pudding was praised and loved by those with a sweet tooth and with a subtle palate. Being gluten-free was no issue whatsoever. Karen and her team dealt with it seamlessly, and it was refreshing to come somewhere where miracles could be produced that I could actually eat!

Tempting as it might be to while away the day at the waterhole as zebras, impalas, elephants and even lions come to quench their thirst, there is a lot to do here, including a guided walk through the conservancy, learning to read the bush signs and symbols or confusing the plains game by mounting one of the resident horses and mingling with the giraffes. One of the unique things about this part of Kenya is the caves that contain ancient art. It's possible to visit one of these within the neighbouring Lolldaiga conservancy with armed rangers who will have checked that the buffaloes are not at home first.

After an early morning start and to reinvigorate the body and mind, Enasoit has its own full-time masseuse able to offer a wide range of treatments. If travelling with children, then this might be a prime opportunity for some me-time, while the kids enjoy the extensive variety of games available, including our personal favourite, croquet. Bush dinners, or even breakfasts, are also a staple of the team here, and it is the absolute perfect way to end a safari, under the African sky, with a roaring fire, some dances from the local Maasai and, if lucky, the roar of a lion claiming his territory. What a perfect place, we can’t wait to come back. 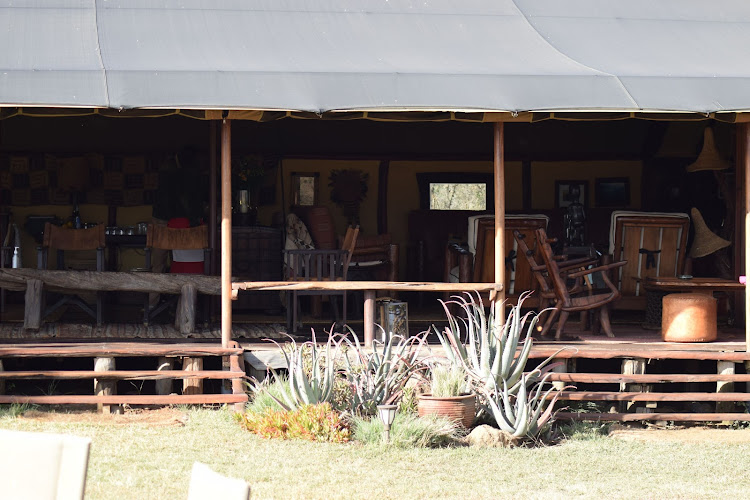 SIMON MARSH
Image: A view of part of the Enasoit lodge
Post a comment
WATCH: The latest videos from the Star
by SIMON MARSH
Big Read
16 November 2022 - 03:00
Read The E-Paper