How I got back to my feet after prison life, woman narrates

"The organisation gave me a lifeline. They gave me a home and fed me."

•She narrated how taking care of her baby in the prison was tough.

•"There was no enough food. I even lacked sanitary towels that I really needed after giving birth," she says. 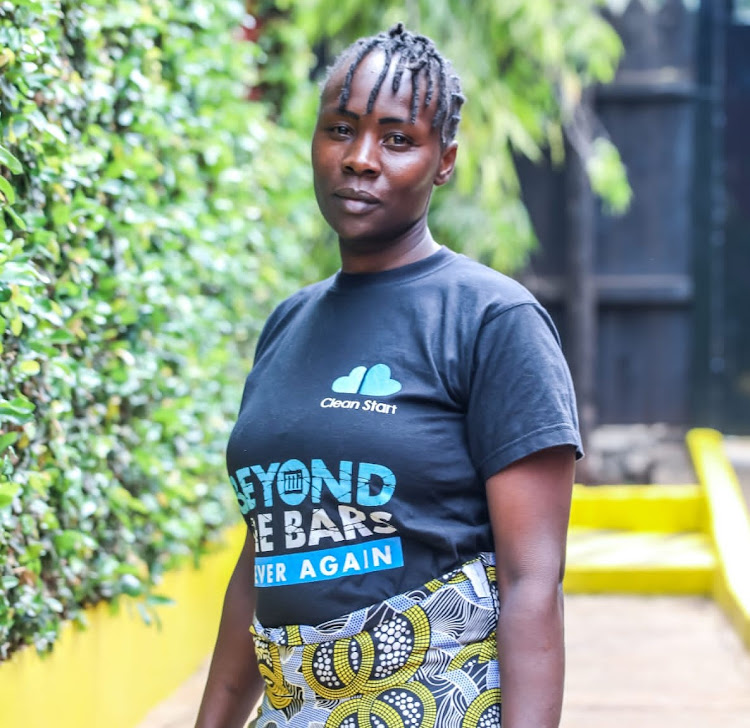 Priscilla Salome’s life changed with what started as a fight between traders in Ngong’.

It was back in 2015 when a fight broke out at her business premise. She used to sell jackets at a market in Ngong'.

The fight which involved four people left one with fatal injuries. The victim died while he was being rushed to the hospital.

One person who was involved in the fight escaped from the scene while Priscilla and the other suspect were arrested.

The two were taken to Ngong’ police station and her counterpart was able to raise a fine of Sh200,000 and was released.

Priscilla was left to bear the brunt of the fight that ensued at the marketplace. She stayed at Ngong police station for 2 weeks before being transferred to Machakos prison where she discovered she was pregnant.

"When I was three months pregnant, I was transferred to Kajiado women's prison. I gave birth at a district hospital in Kajiado," she said.

She narrated how taking care of her baby in the prison was tough.

"There was no enough food. I even lacked sanitary towels that I really needed after giving birth," she says.

At times, she would be forced to wash her child's napkins using the soapy water from another prisoner's wash because of a lack of soap.

She was then charged with manslaughter and transferred to Lang'ata  Women's Prison where she served her four-year sentence until 2020.

Priscilla says she was bothered watching her child having to put up with the unbearable prison conditions.

"My child was sickly during that time. He had lost weight. We used to eat the same food. There is no special diet in prison," she says

Because there were no resources for the children, the mothers depended on well-wishers who brought donations whenever they visited the prison.

"And that is how I meet with well-wishers from Clean Start Kenya Initiative," she says.

The organisation helps mothers and children who have been affected by the criminal justice system get back on their feet.

The initiative visited their prison to give them moral support and encouragement. They promised to pick her up from prison once she was done with her sentence.

"I was scared of life after prison. I did not have anywhere after finishing my jail term," she says.

She could not go to her maternal home as her mother had died while she was incarcerated.

However, Clean Start Kenya picked her up from prison and took her to her sister's place.

She resorted to doing menial jobs to support herself and her son. But when the Covid-19 pandemic struck in 2020, she was rendered jobless.

Clean Start came to her rescue again. They offered her pieces of training under the Ufunuo program where the formerly imprisoned women are taught skills they can use to earn a living.

"The organisation gave me a lifeline. They gave me a home and fed me," Priscilla said.

Though she appreciates the effort by the prison to set up a daycare, she wishes prisons provided more resources to the children and a better diet.

“Focusing on women and children, we at Clean Start Kenya help them reintegrate after imprisonment. We believe that once a person has finished her sentence, justly or unjustly so, it is time to stop holding that aspect of their life experience against them,” Teresa said.

Prison was blessing in disguise after my arrest for hawking sweets

Emma Atieno says after leaving prison, she joined a carpentry programme that is now giving her a better income
News
2 weeks ago

Through the initiative, Jane was taught carpentry which is her current source of income.
News
2 weeks ago
Post a comment
WATCH: The latest videos from the Star
by LINDWE DANFLOW
Big Read
16 November 2022 - 09:22
Read The E-Paper