Some of the CSs will be remembered for the changes they made in their dockets.

• The cabinet is made up of the President, Deputy President, Attorney General and Cabinet Secretaries.

•The 2010 Constitution of Kenya allows a maximum of 22 ministries under Article 152 and sets the minimum number to 14. 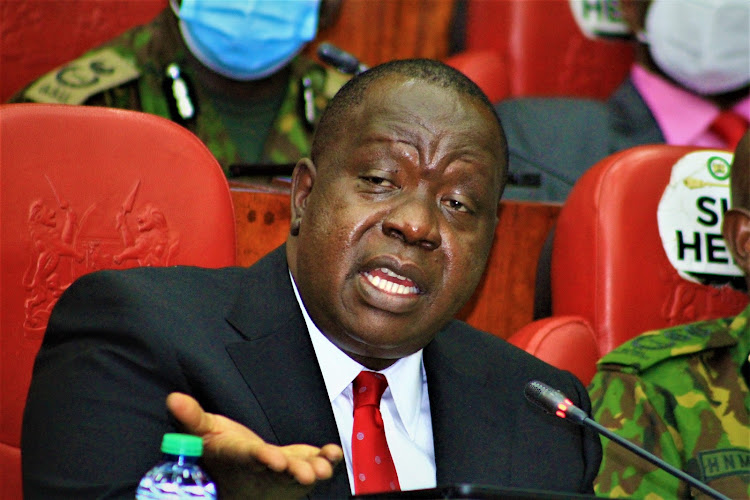 After a president is sworn in, he nominates his Cabinet members and this is subject to the approval by National Assembly.

The Cabinet of the Republic of Kenya is made up of the President, Deputy President, Attorney General and Cabinet Secretaries.

The 2010 Constitution of Kenya allows a maximum of 22 ministries under Article 152 and sets the minimum number to 14.

A Cabinet Secretary is not a Member of the Kenyan Parliament and has to be vetted by a parliamentary committee before their appointment.

President William Ruto on Tuesday nominated his Cabinet members who will replace ex-president Uhuru Kenyatta's cabinet once approval is done.

Some of Uhuru's CSs will however be remembered for the changes they made during their reign.

He started shining after he was moved from the (ICT) ministry in November 2015 to the Education docket.

While there, he is credited with radical reforms which were praised as having transformed the education sector. Among them was the order on the delocalisation of principals and insistence that all school buses be painted yellow.

He also introduced changes requiring universities to ensure that only those with PhD and who have published in at least two journals are allowed to teach.

The outgoing CS streamlined the management of national examinations. It was during his tenure that the tradition of releasing KCPE and KCSE exam results in December and March respectively changed.

He also dismantled cartels that ran an examination cheating racket in the country. The move led to a drastic fall in the number of students scoring grade As in the KCSE exam.

In 2015, he was appointed in an acting capacity as Lands CS replacing Charity Ngilu.

While there, he was credited with championing Kihiu Mwiri settlers to be issued title deeds.

He also ended the power tussle pitting the Lands ministry and the National Land Commission and left the docket after Jacob Kaimenyi, the current ambassador to Belgium, took over.

And in 2017,  he was appointed the interior CS in an acting capacity following the demise of Joseph Ole Nkaissery. At the time, he held two ministries; the Education and Interior ministries.

He shot into the limelight when he insisted that media owners abide by the government’s digital migration plan.

The state at that time compelled broadcasters to migrate their broadcasts from analogue to digital platforms.

During his reign as Interior CS, he imposed a dusk-to-dawn curfew in areas like Elgeyo Marakwet, West Pokot and Baringo counties to help curb insecurities and cattle rustling. 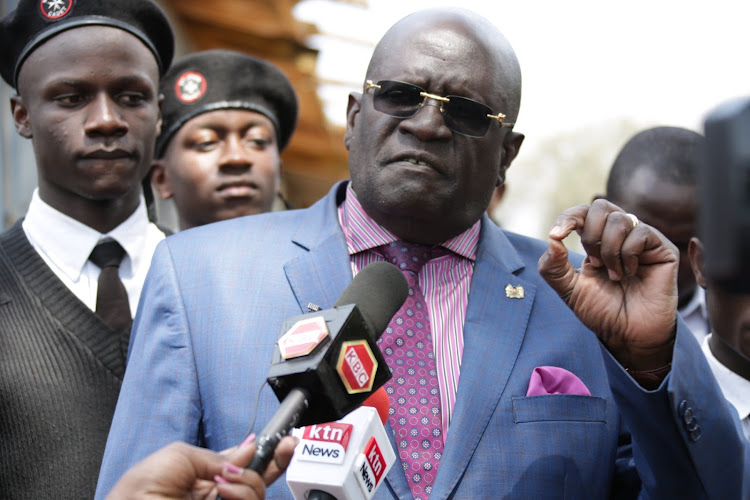 A tough-talking, no-nonsense, strict and selfless leader, Magoha was in 2019 appointed Cabinet Secretary for Education, replacing Amina Mohamed, who was transferred to the Sports docket.

He was the longest-serving Cabinet Secretary for Education under Uhuru's regime.

The CS was the face of the Competency-Based Curriculum (CBC), which attracted love and hate in equal measure.

He has been on record before stating that CBC is the most transformative education system he has ever seen.

He also highlighted the construction of thousands of classrooms in the country to enable a smooth transition into the CBC.

Part of his wins has been ensuring a 100 per cent transition to secondary school.  He was seen regularly moving from house to house in the slums to ensure pupils who completed primary education joined secondary schools.

He hit the headlines on numerous occasions when he visited various parts of the country flushing out children who had failed to report to school for various reasons.

The Elimu scholarship programme is another initiative achieved during the Magoha regime. The programme awards bright needy students with scholarships.

He reiterated that the programme offers education to bright children of needy families residing in Kenya’s urban informal settlements.

Magoha has also been the number one champion in the fight against examination cheating. The CS, in the course of his career, set up guidelines that have curbed exam cheating in the country.

He has relentlessly traversed the country throughout examination periods, ensuring exams are conducted with transparency. 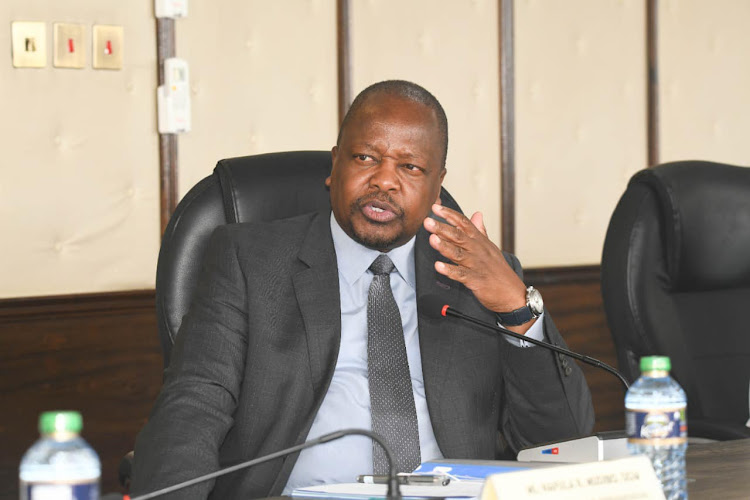 He was appointed during the outbreak of the Covid-19 pandemic. By then, Kenya had not reported any cases but in some countries, cases were surging.

On the 12th of March 2020, the Ministry of Health (MoH) announced that a deadly, silent enemy had shown up at Kenya’s door.

This would be the country’s first Covid-19 case since the beginning of the outbreak in China in December 2019.

With little information about exactly what the country was going to be up against, Kagwe addressed the nation flanked by top government officials.

Kagwe in his capacity helped the country to get vaccines and urged people to be vaccinated to help people fight the disease.

Mutahi would give daily updates on the number of people affected, those vaccinated and what the ministry expects of the citizens and informed the country of measures to tackle the deadly virus.

He emphasised on the need to be vaccinated, wearing masks and social distancing in public spaces.

International flights were banned for a period of time to help stabilize the deadly disease. 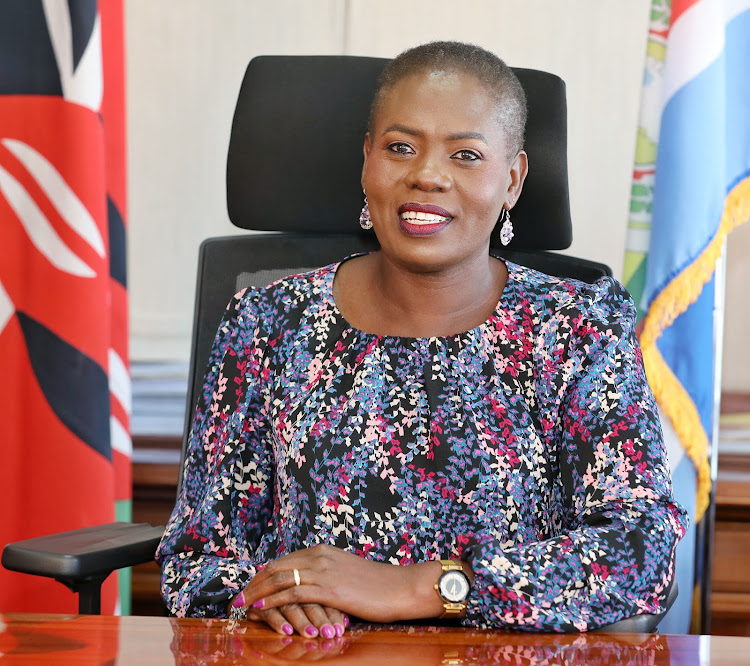 She was appointed as Cabinet Secretary for Lands in January 2018.

Prior to her position, she served as the chief operating officer (COO) of the Royal Media Services (RMS).

Karoney will be remembered for unveiling the digitisation of land records which she said will go a long way in eliminating land grabbing.

The idea behind digitising the Ministry of Lands and Physical Planning was to ease property registration and introduce transparency in land administration and management.

It sought to promote transparency, equity non-discrimination and protect the rights and responsibilities of property owners.

“We have had the vice for 60 years. Land grabbing is not a problem that can be eliminated in five years. In other countries like the UK for instance, it took them 15 years to deal with the problem yet they are an advanced economy,” she said.

Until recently, Kenya’s land registries faced rampant illegal transfers of land, forgery of title deeds, rampant and intentional misplacement of titles and other illegal activities of criminal cartels and rent-seekers domiciled there.

But with the introduction of the National Lands Information Management System (NLIMS) was to help tame land fraudsters working in cahoots with rogue officials at the Lands offices.

Matiang'i's emotional letter to Kenyans as he exits ministry

"I leave Harambee House richer of shared knowledge of public institutions," he said.
News
2 months ago

Muturi: My new call is to serve Kenyans in Executive

Says he has put in many years in the Judiciary, 10 years as MP and another 10 as Speaker
News
2 months ago

He said women are pillars of any society that wishes to succeed.
News
2 months ago
Post a comment
WATCH: The latest videos from the Star
by PURITY WANGUI
Big Read
01 October 2022 - 09:13
Read The E-Paper