From victim of childhood obesity to global health advocate trailblazer

Non-communicable diseases account for over 55 percent of hospital admissions in Kenya. 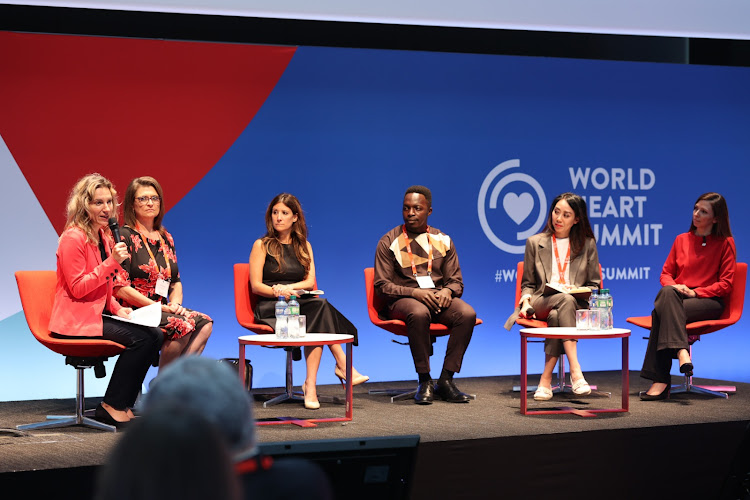 Born 26 years ago with childhood obesity, Stephen Ogweno, one of the pioneering global health practitioners in the country, says his life growing up was sad.

Over the years of hard living and surviving on the streets of Kisumu city where he was brought up, Ogweno would end up developing other complications that arose from childhood obesity including gastrointestinal reflux disorder and oral health challenges.

Obesity is among the most prevalent non-communicable diseases (NCDs) in Kenya.

NCDs  are diseases that do not transfer from one person to the other including diseases like cancer, diabetes, obesity, and hypertension just to mention a few.

These diseases are the leading killer diseases in the world and in Kenya, they account for over 55 per cent of hospital admissions.

Ogweno says these challenges coupled with the fact that he came from a low-income family made it hard for him to access the relevant health services.

“My younger years were tough but I had to keep moving because I knew things would get better along the way. But living with obesity as a child is no walk in the park,” he says.

Despite these challenges Ogweno was a high-performing student which saw him pass the Kenya Certificate Primary Education exam in 2010 and was admitted to Kanyawanga High School.

While in high school as he narrates his challenges in his sixth book ‘Practical Skills For Entrepreneurial Success’, Ogweno started various ventures in high school to ensure he earned his pocket money and was able to survive and thrive.

“My parents were poor and so pocket money was a luxury which I knew they couldn’t afford and so I made arrangements to make some small money while I schooled.”

He passed the KCSE exam in 2014 and was admitted to Kenyatta University to pursue a course in Information Technology.

Ogweno however recalls his turning point between the years 2014 and 2016, when he lost three of his close friends and family to diabetes and stroke.

“This had a huge impact on my mental health and career focus and I knew I had to make a contribution towards the world of non-communicable diseases,” he says.

The deep loss would see him switch gears from studying Information Technology to studying Population Health with the goal of acquiring as much information on NCDs as he could.

“The goal was for me to learn about these diseases and then go back to my community and educate them on prevention and control of non-communicable diseases,” he says.

In the same year Ogweno started his company Stowelink Inc which focused on education, advocacy and innovation on non-communicable diseases and implemented his first big project in 2016 called the ‘Project Alpha’ which focused on cancer awareness and sensitisation.

Over the years, Ogweno rose from a local name in the NCDs space to being a recognised professional in the global health space winning multiple awards including being listed as one of the Top 100 Most Influential Leaders in 2020 and Top 35 under 35 Winner in 2021.

He is now a global health practitioner and innovator best known for his trailblazing contribution to advocacy, research, and impact in the local and global non-communicable diseases space.

Having beaten an NCD himself, Ogweno has gone ahead to become one of the leading voices in NCDs advocacy and innovation in the country.

Over the past seven years, Stowelink has been able to implement seven major projects in 10 countries in Africa creating an impact on over five million people in the region.

Besides his work at Stowelink, Ogweno has also been able to develop two health tech startups focused on using innovation to improve the state of health in the non-communicable diseases space including the NCD 365 app based in Kenya and Lifesten health based in Rwanda.

“I strongly believe that innovation is key for the much-needed development and impact in the health sector,” he says.

Beyond that, Ogweno also sits on various local boards including the national NCDs Intersectoral Coordinating Committee and the YHP Kenya committee where he advises on various ways of enhancing NCDs advocacy and policy in the country.

Internationally, Ogweno has been called upon time and again as the next generation of global health practitioners and is currently working with some of the biggest global health actors.

He works with the World Health Organization where he was appointed as a member of the NCD labs initiative by the WHO Global Coordinating Mechanism.

“At the WHO, my role is to advise and highlight leading innovations on NCDs and the next generation,” he says.

Ogweno also sits on the advisory board for the global NCD Alliance under Our Views Our Voices Initiative.

In 2020 he represented Kenya at the 5th Commonwealth Nurses and Midwives Conference in the United Kingdom where he made a presentation at the Royal College Of Physicians.

His contribution to scientific knowledge continues to set him apart from his peers.

“I believe that innovation, advocacy, and research are needed now more than ever, especially in the field of non-communicable diseases and that young people like me should pick up the mantle of transforming the continent's healthcare systems.”

He has been touted as the future of global health advocacy and innovation, especially in the NCDs world and has been featured by many agencies including the United Nations, One Young World, and Young African Leadership Initiative.

As a global NCD advocate who works with multinational organisations like the World Health Organization, the global NCD Alliance and the World Obesity, Ogweno has dedicated his life’s work to reduce the burden on non-communicable diseases.

Currently, he is on track to complete his Master's Programme in Public Health with a specialisation in Global Health at the University Of Manchester a sponsorship he got through the Commonwealth Scholarships.

At a time when non-communicable diseases are on the rise and already contribute to over 55 per cent of hospital admissions in Kenya, the country and the region needs more young people to create an impact on public health and global health spaces. 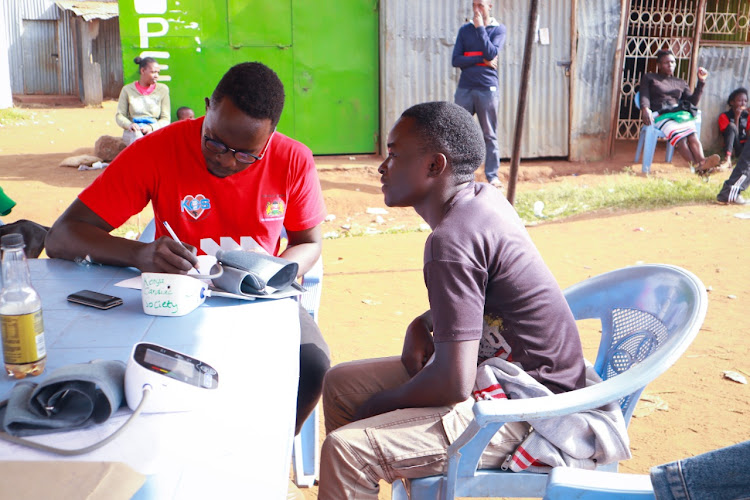 Stephen Ogweno out in the field.
Image: CHETI PRAXIDES

My husband left me because I was diabetic, says mum of one

She lost four babies, three immediately after birth and one to miscarriage. She has a four-year-old son
News
4 months ago

By 2030, deaths from non-communicable diseases are likely to increase by 17 per cent globally and by 27 per cent in Africa.
News
4 months ago