ROAD FROM IRPYN TO NAIROBI 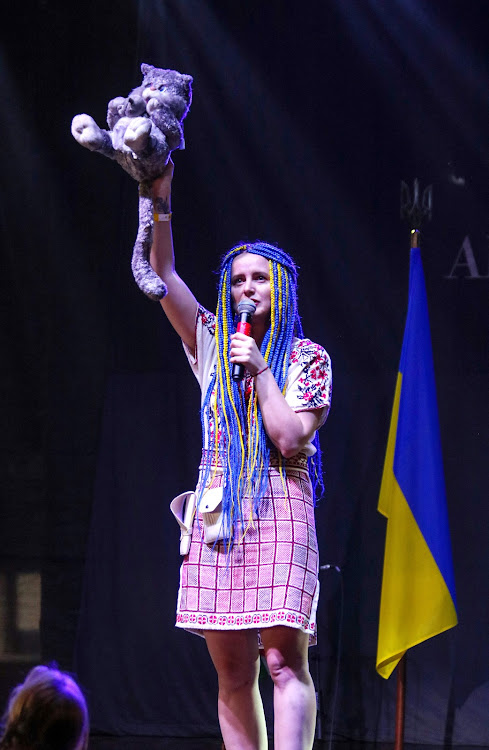 On March 4, the Ukrainian territorial defence came around with an important announcement: “If you do not leave this area tomorrow, you will no longer be able to get away at all!” The Russians were closing in on the city. Lesya and her family had to get out before it was too late.

It was the first time I have ever received an e-invitation that featured a young woman wearing her country’s “national dress” – in this case, the Vyshyvanka blouse or shirt which is Ukraine’s iconic national outfit– and also wearing on top of it, military fatigues.

But these are no ordinary times for Ukraine.

Since the Russian invasion of Ukraine’s sovereign territory, which was launched on February 24, 2022, the world’s attention has been riveted by the incredible valour shown by the Ukrainian soldiers in resisting the Russian army, which had been widely predicted to require just one week to take the Ukrainian capital city Kyiv.

But to this day, Kyiv remains in Ukrainian hands. However, this has been achieved at immense costs.

Entire city blocks in Ukraine have been destroyed – and in some cases, entire towns reduced to rubble.

A CONVICTION THAT IN THE END, UKRAINE WILL PREVAIL

It is in this context that the Ukrainian Embassy in Nairobi hosted a Vyshyvanka Day celebration at the French Cultural Centre’s auditorium.

This was not just to celebrate Ukrainian culture at the very moment in time that Russia had embarked on a systematic destruction of Ukrainian history and culture. It was also to remind the world that Ukraine was not done yet: that Ukraine could afford to continue with its annual celebrations out of a conviction that in the end, Ukraine will prevail.

It turned out to be an evening in which tears flowed freely amidst the declarations of defiance. And perhaps nothing symbolised this defiance more clearly than a child’s toy – a fluffy soft toy kitten with a long tail – which was held up by the Master of Ceremony, Dara Nykytiuk, a Ukrainian woman who is a full-time resident of Kenya.

This toy had actually been sent to Nairobi from the city of Irpyn, to be used to remind all the well-wishers who gathered, of the reality of what the people of Ukraine are going through.

Here is the story as told to me by Dara Nykytiuk:

On February 24 this year, Lesya was going about her daily duties, working at the State Service for the Quality of Education of Ukraine. Her husband worked at the police department in the city. On this early morning, he was called up at 5am and left for Kyiv, which is around 25km from his Irpin home.

He was away from home the whole day and night but was permitted to go home the next day, since he worked in the logistics department. 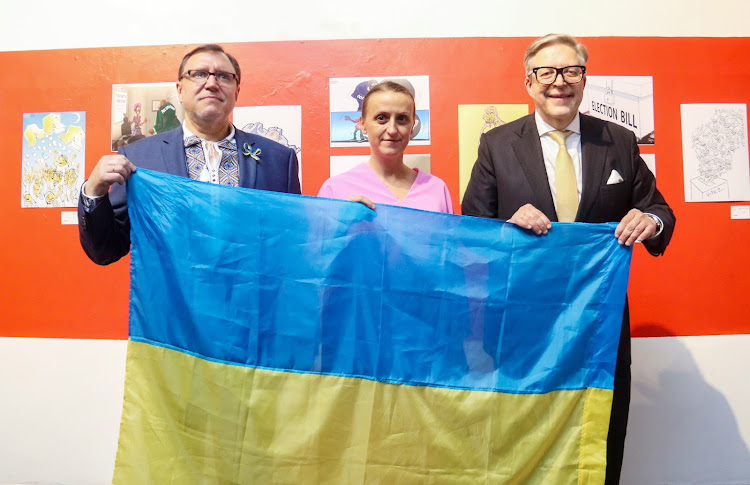 Irpyn had been recaptured by Ukrainian Forces on March 28, a bit more than a month after Russians came to the city. So Lesya was able to go back to Irpyn, to her apartment. She picked the toy kitten and then drove with it all the way to Warsaw, Poland.

TEN DAYS IN THE BASEMENT

There were no buses or trains working so he walked for six hours from downtown Kyiv to Irpin, to get home.

They huddled in their apartment for the next three days, hoping they would be safe since they were not far from the city. How wrong they were!

On the fifth day, as shelling and bombardment became ever more persistent, the family hid in the basement. They spent 10 days in the basement, 18 adults and five children ranging in age from two to nine years.

On the sixth day of the war, at the very beginning of March, the Russian soldiers made their first hit on Irpin. Three rockets were fired. One of them landed in Lesya’s apartment parking lot, another – in a neighbouring apartment and a third fell next to their basement but oddly enough it did not blow up or they would all be dead.

“At that moment I felt so tiny, so very little, so small, like a molecule,” remembers Lesya. Her 19-year-old daughter could not leave her boyfriend’s apartment, just a block down the neighbourhood due to the heavy bombardment with rocket shelling.

On March 4, the Ukrainian territorial defence came around with an important announcement: “If you do not leave this area tomorrow, you will no longer be able to get away at all!” The Russians were closing in on the city. Lesya and her family had to get out before it was too late.

Next morning, Lesya along with others, six people in total, squeezed into a car that was driving out of the city. They were the last column to leave Irpin because, on the afternoon of the same day, Russians occupied the city.

“I left the house carrying only my documents. We drove for 48 hours not knowing where we are driving to.”

Their journey was not easy, because they survived three bombings.

After a gruelling journey, they got to Chernivtsi City. They stayed for one month at a hostel. After that, they went to Kyiv and spent a month there. 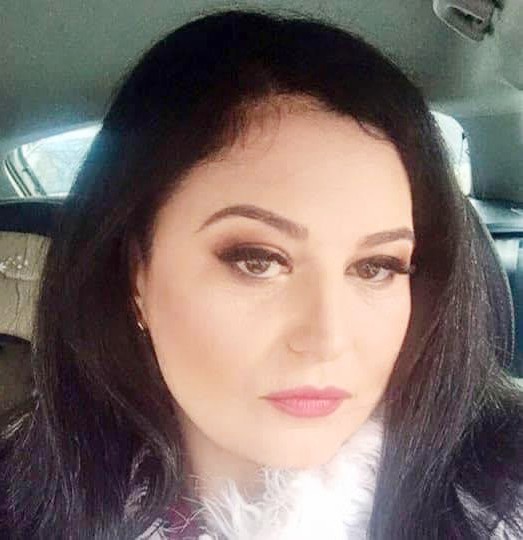 Lesya, who gave the toy for the Vyshyvanka Day celebrated in Nairobi.
Image: HANDOUT

“My friend who is now in Kenya needs you to send him a child’s toy,” he said calmly.

“When a Ukrainian soldier asks for help from a civilian, you move earth and heaven to get him what he needs,” Dara states as she smokes pensively.

The request was from the Embassy of Ukraine in Kenya. The toy would be used during the Vyshyvanka Day event, where they would share with Kenyans the truth about what’s happening in Ukraine.

Irpyn had been recaptured by Ukrainian Forces on March 28, a bit more than a month after Russians came to the city. So Lesya was able to go back to Irpyn, to her apartment. She picked the toy kitten and then drove with it all the way to Warsaw, Poland.

In Warsaw, Olha Mahova, a Ukrainian artist, and photographer picked it up and sent it to Nairobi. The toy arrived one day before the event.

“We didn’t clean it. When you touch it, you will be touching the dust from the rocket that destroyed this family’s home.”

During the event, the toy kitten was passed around to guests and gave them an opportunity to experience the war.

After about an hour, a lady brought the toy kitten to the stage. She was crying while holding it gently.

“You made me feel it (the war). I hope this family is safe,” she said as she gave it back to Dara.

He also asked the leaders to "intensify sanctions" against Russia.
News
1 month ago