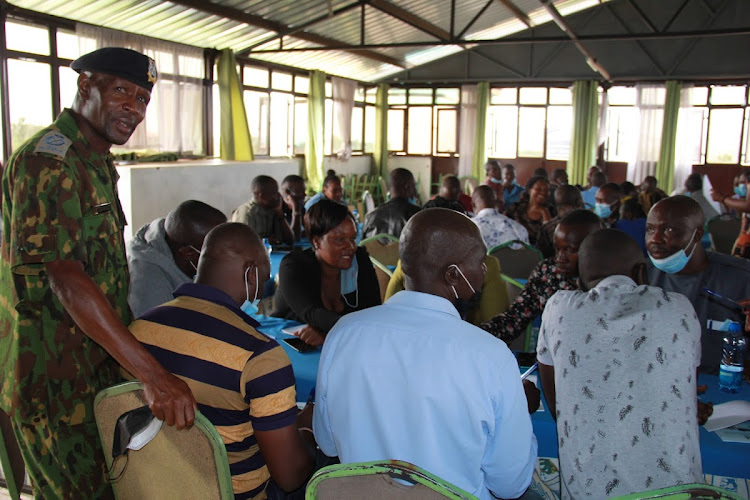 The Kenyan government is taking mental health issues with a lot of concern as it comes up with different modalities of addressing it.

Last year, governors and experts came together as part of a joint initiative spearheaded by the national government and the UN to understand the impact of mental health in Kenya and urgent action that needs to be taken.

The government at national and county levels, along with experts from academic, civil society and UN organisations, reviewed opportunities and challenges in improving mental health.

The Ministry of Health established a Mental Health Taskforce, which immediately embarked on reforms to improve mental healthcare.

The governors were tasked with the crucial role of delivering mental health services to their populations by meeting national and global mental health targets, including relevant Sustainable Development Goals (SDGs).

The Task Force on Mental Health recommended that mental illness be declared a national emergency of epidemic proportions, to prioritise mental health as a priority public health and socioeconomic agenda.

Through its leader Frank Njenga, the task force also wants the government to establish a Mental Health and Happiness Commission to advise, coordinate and continuously monitor the status of mental health and report on the annual National Happiness Index.

“Kenya has a high burden of mental illness due to ill health, psychosocial disability and premature mortality, with huge gaps in access to care,” Njenga said.

The task force was inaugurated on December 11, 2019, and comprised a multi-sectoral team from the Ministry of Health and other agencies.

“[There is a] rising number of mental health-related cases in the country, such as depression and other mental illnesses, some of which ended up in suicide cases,” the reports says.

The government, through President Uhuru Kenyatta, had directed the formation of the task force with the primary mandate of studying the status of mental health in country and recommendig solutions to reform mental health systems.

In Kenya, it is estimated that one in every 10 people suffers from a common mental disorder. The number increases to one in every four people among patients attending routine outpatient services.

The report reveals that depression and anxiety disorders are the leading mental illnesses diagnosed in Kenya, followed by substance use disorders.

Among the different types of substances, alcohol contributes to the largest burden of substance use-related illnesses.

Of great concern, alcohol abuse is most prevalent in the 18 to 29-year-old age group.

In December 2021, the government began undertaking training of the police force to overcome challenges resulting from mental health and to prevent loss of lives.

The training is also aimed at reducing GBV, which is seen as having increased across the country.

The training was undertaken with the help of Development Link Knowledge Africa organisation, led by director Esther Soti.

Kooli, who was the trainer, told police officers to live real lives, adding that a fake lifestyle can cause mental illness, especially when the reality is revealed.

“Police officers are human beings like any other person. Let us not live fake lives because a lie is short-lived. Just live real life to avoid distress when the reality is revealed,” Kooli said.

Seroney said the training enables their officers to know how to handle themselves when they are affected by poor mental health.

She urged police officers to share their problems freely to get help in order to avoid mental health problems.

“Let officers who have challenges come out and talk. We’re ready to solve such issues as early as possible,” Seroney said.

She expressed optimism that the training will help her officers know how to handle clients with mental health problems, too.

“This training will enhance service delivery among our officers,” she said.

Soti said mental illness has occasionally led police officers to misuse guns despite being constitutionally allowed to carry the weapons.

“We’ve heard cases where guns have been misused due to mental ill health by police officers. This has become a challenge, hence the need to address it,” Soti said.

There are a number of incidents where police officers have been linked to shooting themselves and their families dead.