How to make readers care about your story

John Muchangi keeps the spotlight on health amid political headlines

“Excellent article. In-depth and analytical. This is the kind of stuff we need instead of a constant diet of politics. Create value and readers will pay for it.”

This reader comment on the latest feature story by John Muchangi, about where Kenya gets it wrong in the treatment of cancer, might as well have been said of his many previous Big Reads, as daily features in the Star are called.

Funny enough, Muchangi is at a loss for words when asked to describe his style of writing.

Speaking on Art of Storytelling, the science editor said he writes without trying to follow a certain style, but he always tries to make the story human enough; a story that someone can relate with, feel or see.

“The best kind of writing is where, for instance, if you want to make someone angry, your words must not be angry but when someone reads what you write, they will get angry,” he says.

It was how he made readers empathise with children starving in Wajir due to drought that he ended up in the top 10 feature stories of 2021. The piece was poignantly titled, ‘A future stolen before it began’. 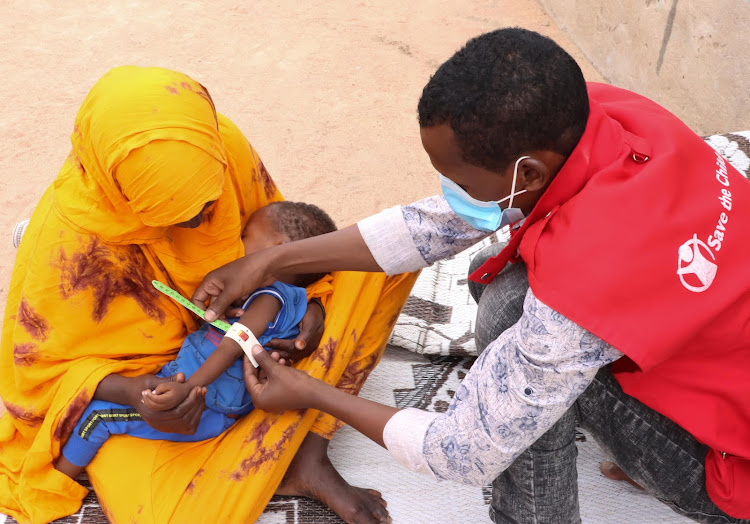 A nutritionist uses a MUAC tape to screen Mubarak for malnutrition in Wajir
Image: DELFHIN MUGO

While many scientists would run for the hills if a journalist tried to interview them for fear of their facts being taken out of context in the business of news, Muchangi has earned the trust of top medics and other major players in the health field, including Bill Gates.

“One thing I learned from our former training editor Karen Rothmyer is that many times, you don’t need big connections, you just need to ask,” he said.

Usually, he would just write an email to the big-name personality or find the communications officer of their institution and request for an interview. “And surprisingly, many times they say yes.”

Muchangi tries to write a story as soon as he’s done with the interview because from experience, the motivation goes down with time. Sometimes even a day is enough if he has all the information, but other times it can take even a month as he needs to do more research.

That calls for resources that are hard to get. Media institutions no longer have big budgets for research or travel like they did in the past 20 years, he says. Nowadays, they are a bit constrained.

Rather than despair, Muchangi looks outwards, seeking collaborations with other interested parties. Citing the issue of drought, he said an organisation could be working in drought response, for instance.

“They probably don’t want you to do some public relations for them but they are ready to support you to cover this problem that they think is not well highlighted,” he said.

This being an election year, the media is focused on the elections and may not have a budget for such stories.

“But when you have partnerships, you can still follow other issues that will probably not bring much money to the media house but it’s still an important issue.”

He, however, warns that these partners should not try to influence what you write or the outcome of your stories.

Not many reporters go out of their daily beats to write feature stories. Muchangi believes they should make time for it. He gets a lot of personal fulfilment from it himself compared to when he’s doing news stories.

“For me, it’s a good way of expressing myself and writing stories I’ve always dreamt of writing.”

Next week, Art of Storytelling will be talking to photojournalist Andrew Kasuku.