History of KMJA and how it works

It has grown from welfare group to justice-enhancing body

• It also discusses improving the administration of justice in their stations 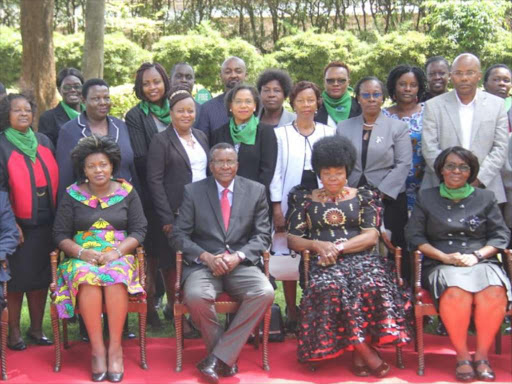 The association was focused on the work interests of members up until 2004, when it started engaging in discussions with members on the administration of justice.

Court User Committees started in 2005, where heads of court stations were encouraged to hold ad hoc meetings to discuss improving the administration of justice in their stations.

They have also partnered with Gtz (Now GiZ) in a project that supported CUC discussions and feedback mechanisms, including open days in 2007 and 2008.

“These administration of justice efforts early on were vital for the entrenchment of the CUCs, the Judicial Service Act and the NCAJ,” said Derrick Kuto, secretary general of the KMJA.

The association has played a similarly important role through strategic discussions with the Judiciary and partners in matters of access to justice, including early discussions on RRI and the lead-up to the establishment of mobile courts, especially in the remote areas of Northeast Kenya.

Kuto, a principal magistrate, says capacity-building programmes have been undertaken for members in partnership with other stakeholders on various judicial topics. These include protection of the rights of the minority, including refugees, marginalised communities, women and children. Others are terrorism and money laundering, environment, cybercrimes and justice.

He also cites defence of the rule of law and judicial independence through capacity development of members and engagement with other arms of government. This is through the media and direct engagement through the judiciary administration.

Kuto also says over the years, they have also done representation in policy discussions, including contributions to legal documents, adding that the Judicial Service Act is their brainchild.

Some of the notable names in the Judiciary who have been officials of the KMJA include the current Chief Justice Martha Koome, Supreme Court judge Isaac Lenaola, Martha Karua and Justice Aggrey Muchelule.

KMJA plays a very important role in the Judiciary and interestingly, even though they sometimes lock horns with the JSC, they elect two officials to the commission as members representing the association.

The two elect one judge and one magistrate to represent them in the commission.

Traditionally, the judge has been male, while the magistrate position is always a woman affair.

The current judge representing the association in the commission is Justice David Majanja, while the magistrate is Chief Magistrate Evelyne Olwande, who was elected late last year.

IEBC conducts elections for KMJA after every two years, when they elect new officials into office.

Kuto said KMJA is not a worker’s union like other organisations, but it’s an association registered under the Societies Act to champion members' interests.

He also adds that the association is also recognised in the Constitution of Kenya 2010.

All magistrates in Kenya become automatic members of KMJA once they take positions as judicial officers in the Judiciary.

However, judges have to pay a yearly fee to be members of the association, and KMJA is working on having them to also be automatic members in the near future.