The Islamist group took advantage of Covid-19 fear to instil fear and carrying out Covid-19 evictions.

• According to local elders in the border village of Liboi, armed men enforcing Covid-19 eviction and harassment are linked to the Islamist group, Al-shabaab and belonging to a terror cell operating along the Kenyan –Somalia border.

• Common "information" from the preachers was that the virus was a weapon made to eliminate Muslims but it escaped from a trial laboratory in China. 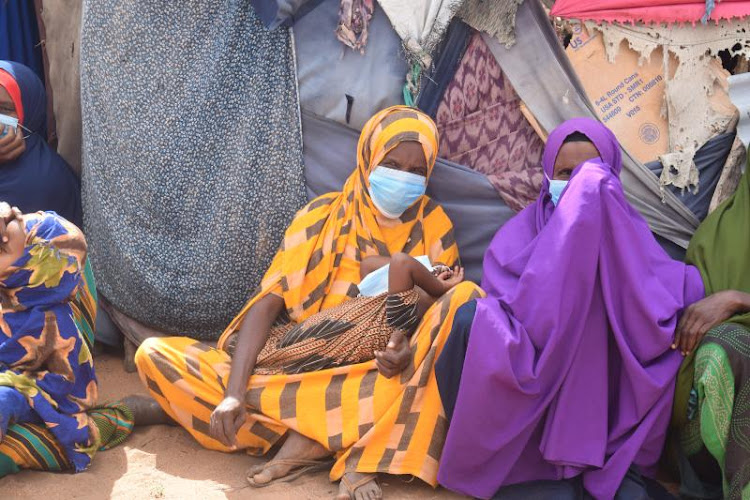 Before the first Covid-19 case was reported in both Kenya and Somalia, a group of young energetic armed men linked to the Islamist Al-shabaab group, used vehicle’s mounted with loud speakers in offering "information and updates" regarding the Corona virus to communities living along Kenya-Somalia border areas.

Loudspeakers blasting huge sound were common thing in all border towns separating Kenya and Somalia and the educator’s message was meant to instill fear and despondency.

Common "information" from the preachers was that the virus was a weapon made to eliminate Muslims but it escaped from a trial laboratory in China.

Mrs Asli Hassan, a 52-year-old mother of three, showed a severe flu and experienced pain in her body that affected her business of selling food to traders conducting livestock trade at Liboi, a border outpost between Kenya and Somalia.

News of her medical condition reached the residents and they linked it to Covid-19 even though they had no evidence or medical test taken to ascertain their claims.

"I remember ten armed men storming my homestead and accusing me of transmitting Covid-19 to other villagers," Asli stated at the border town.

According to local elders in the border village of Liboi, armed men enforcing Covid-19 eviction and harassment are linked to the Islamist group, Al-shabaab and belonging to a terror cell operating along the Kenyan –Somalia border.

Majority of the armed men were recruited from local communities and received various trainings from Al-shabaab training camps based in the lower Shabele region of Somalia.

They received various skills training including indoctrination skills and passing the terror group messages to the border communities and other Northern Kenya region.

In the past years the group used to incite locals against the Kenyan government and also planting seeds of discords between faiths with aim of creating inter faith bloodbath in the northern Kenya region.

"The Al-Shabaab group carried many attacks in Northern Kenya targeting non-locals who were non-Muslims and the aim was to ignite inter faith war.

"They also targeted government and other strategic facilities in northern Kenya with aim of creating mistrust between the security agencies and the locals. They tried their best but Covid-19 came and gave them a blank cheque,"  Abdi added.

The Islamist group took advantage of the Covid-19 fear and lack of strong government institutions along the Kenya-Somalia border region in instilling fear and carrying out Covid-19 evictions and harassment as part of consolidating their control on the border communities and territory.

Asli Hassan, a victim of the terror group operating between Liboi and Dobley border towns, stated that their indoctrination program started with cultural sensitive council which is mandated with all community welfare and cultural issues.

"The terror group received support from local cultural unit in Liboi and Dobley and by doing so everybody and everything was at their mercy and control," Hassan disclosed.

Narrating her harrowing tale in the hands of the armed Al-Shabaab men in Liboi village, she remembers the attackers storming her house and dragging her out.

"I was nursing pain from flu and they started manhandling me in front of my children and I was frog marched to a waiting old vehicle and taken away from the village where I was thrown out of the moving vehicle," Hassan remembered .

Liboi border town, a remote outpost separating Kenya and Somalia, has a poorly equipped health centre with no proper medical testing equipment and lack of health personnel due to security threats and fears posed by Al-shabaab terrorist organization operating in nearby Somalia and roaming the border areas along Kenya-Somalia.

After two-day ordeal, Hassan eventually got transport assistance from transporters plying the border route and she was rescued and taken to provincial hospital in Garissa where test was carried and she was diagnosed with severe flu.

Her return to the border town was met with scepticism as most residents shunned her and her booming business was affected.

“My problem was caused by both local cultural unit and Al-Shabaab group which enforced strict eviction and violence guidelines on those suspected to have contracted the Virus.

Hassan is among many Covid-19 linked violence survivors who are disclosing harrowing tales they have suffered in hands of the Al-Shabaab armed men causing havocs in both Liboi and Dobley border villages.

After her ordeal, she recalled another incident where armed youths raided the home of a woman who was sick and they started beating her mercilessly before she was taken out of town.

They thought she will lack support in the wilderness and die either due to lack of water and food or marauding hyenas to feast on her.

She recalled after a gruelling day in the wilderness without assistance and attention the abandoned and beaten women usually get reprieve from camel herders and local community health workers operating camel ambulance used to ferry patients from remote areas to local health centre.

"Despite tension and fear in the border towns, women engaged moderate elders to  join search for Covid-19 facts and control measures and also to reach out to other conservative ones linked to Al-Shabaab group in the border towns," Batran Shukri, who is based in Liboi town disclosed.

She further disclosed that their constant advocacy for change made the institution reach cultural conclusion that Covid-19 is a calamity affecting all humanity and community must stop profiling of women and victimizing them for spreading the virus.

"Our constant engagement made elders to seek for more information across the border and the Covid-19 news they were getting from other Somalia towns made them to believe us [women]," she added.

Elders got news of hundreds of people in Somalia towns buried in mass graves and others in critical condition due to Covid-19 spread.

"People living along the Kenya-Somalia border areas depend on information from Somalia side of the border than the Kenyan side and the news coming to Kenyan border villages made the community and elders to understand Covid-19 from a different perspective," Abdi intimated.

Hassan is among a group of women trailblazers who have taken upon themselves to reach out to victims of culturally led eviction and violence by documenting the rising cases and linking them with health services and taking judicial actions against the perpetrators.

The group reaches out to Covid-19 violence survivors and offered them hope and rapid response by linking them to health services in Garissa main town.

Women victims of violence visit every households and interview occupants on any violations or incidents and once reported they trace the evicted person and organize for transport to main hospital while documenting the case and presenting it to the authority for legal action.

Hassan together with other women members have lodged 200 cases involving Al-Shabaab sanctioned Covid-19 evictions and violence and they expect its outcomes will lead to the government cracking whip on the terror groups and some few conservative elders supporting the Islamist group.