• Most relationship experts agree that revenge cheating usually does much more harm to a relationship than good.

• Instead, psychological experts say a more long-term approach, based on forgiveness, is the best bet for preserving the relationship. 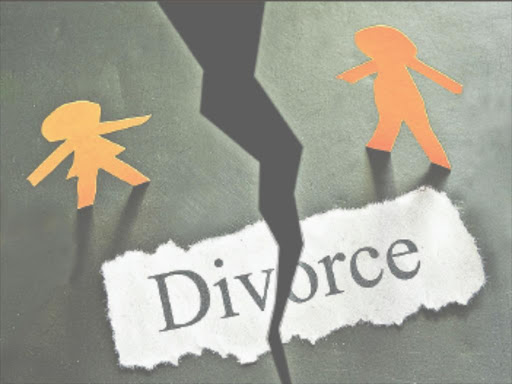 Most relationship experts agree that revenge cheating usually does much more harm to a relationship than good.Instead, psychological experts say a more long-term approach, based on forgiveness, is the best bet for preserving the relationship.
Image: /FILE

It’s been four years since 30-year-old Jane and her husband, 33-year-old George tied the knot in a posh ceremony in Nairobi.

After just two years of living together, the newly married couple was forced to live separately after George who is a supervisor at a telecommunications company got a job transfer to work in Eldoret.

According to Jane, the big change was devastating at first but the enthusiastic couple appreciated the extra money that came with the shift.

“George would travel to Nairobi every other weekend. I too would make the trip. We were happy and dedicated to make the long distance not be a hindrance,” Jane told the Star in an interview.

She described how they made the most of video calls, chatting every day without fail.

The long distance was working for them. Or so Jane thought.

She almost couldn't believe it when she started noticing signs of George cheating on her. Late night calls, always making excuses not to travel home as often and suspicious messages from random women on George’s phone.

With time Jane discovered that indeed George was having an affair with a  colleague in Eldoret.

"I remember I was so broken from the the moment I found out about his (George) infidelity," Jane said.

"It was even more painful knowing that divorce was something I could not consider. Knowing my community, they would have blamed me over the whole situation. Some would say I should have joined my husband in Eldoret like a 'good wife'."

So as a 'good wife', Jane chose to keep her discovery to herself hoping her marriage would overcome the 'minor' setback.

"That never happened. Even today as we speak, I know the weekends my husband is somewhere with another woman," Jane said.

She says she felt sorry for herself until one day when she decided to give in to another man's advances.

Even though Jane is adamant to disclose how far she has gone to get vengeance for her husband's cheating, she appears to be battling with the thought of whether or not what she did was right.

Relationship experts have revealed that tit-for-tat affairs are not uncommon.

Just like in Jane's case, spouses may decide to punish each other in a variety of ways, such as hitting, spending sprees, destroying each other's property, moving out, and affairs.

This may not always be a conscious deliberate choice or action.

So does retaliatory infidelity actually work?

However, Creager says he has witnessed couples temporarily benefit from it.

He says the partner who cheated may feel like they are in equal footing with their significant other and hence doesn't feel like such a victim.

"That makes them feel a little bit empowered. I've seen an increase in self esteem after their esteem being so damaged from finding out their partner was unfaithful to them," Creager said in one of his digital sessions.

He notes that the revenge cheating may help the betrayed person feel more attractive.

Dealing with the guilt

The betrayed person now has to deal with guilt and emotional pain of what he/she did in retaliation.

Because of this guilt, the betrayed person has a slower rate of recovery.

Retaliatory infidelity is an attractive prospect for a limited time. Once one engages, there is the aftermath of guilt.

Slow recovery for the couple

According to Creager, infidelity in a relationship has deeper underlying issues that need addressing.

He notes that revenge cheating makes it harder for the couple to identify and resolve the issues.

"Revenge cheating gets in the way of those core issues. There is just more pain, more hurt, more dealing with the symptoms rather that dealing with the core where the solution comes in," he said.

Therefore, this slows down the healing of both parties involved, the betrayed, the couple and the one that did the original betrayal.

Basically, hurting one's spouse back in the same way they were hurt will only hurt the relationship.

Value of other people involved

As you engage in revenge cheating, is it fair for the person you are cheating with?

Basically, you are using that person to settle scores with your partner.

This act itself means you have minimised the value of that person so you can feel better in your problematic relationship with your partner.

Marriage therapist Creager insists that revenge cheating does not, and will not have a positive impact on a relationship.

"What we want to do is bring the relationship up from the darkness of infidelity and not put it down some more."

Creager advises couples dealing with infidelity to be in line with their integrity.

"Ask yourself who the person you want to be is. People are the happiest when they are in line with their own integrity," he said.

Even though one feels justified temporarily, it is another thing to be okay at the core, for being a revenge cheater.

Most relationship experts agree that revenge cheating usually does much more harm to a relationship than good.

Instead, psychological experts say a more long-term approach, based on forgiveness, is the best bet for preserving the relationship.

She said he was violent, he said she abandoned baby
Sasa
2 months ago

Four stages of an affair

"It is in this second stage that there’s more connection with this new person"
Sasa
2 months ago
by SHARON MAOMBO Online Journalist
Big Read
08 November 2021 - 15:31