Drought could extend to May next year - early warning report

• The Famine Early Warning Systems Network has said multi-year drought is likely to occur again in 2021-22.

This will lead to food and income losses with the risk of crop failure and excess livestock mortality.

Drought is likely to intensify and worsen food insecurity until mid-2022, according to an early warning report.

The Famine Early Warning Systems Network has said multi-year drought is likely to occur again in 2021-22.

This will lead to food and income losses with the risk of crop failure and excess livestock mortality.

FEWS NET is a USAID-funded activity that collects, analyses, and distributes information to decision makers regarding potential or current famine and flood situations.

This, the report showed, is likely to intensify ongoing drought and significantly worsen food insecurity through at least mid-2022.

“Multiple regional and global forecast models concur that October to December (OND) 2021 rainfall will be below average, primarily due to negative Indian Ocean Dipole and La Nina conditions," the report stated.

"Furthermore, research on historical climate patterns suggests elevated chances of a fourth consecutive below-average rainfall season from March to May 2022. The region last witnessed a four-season drought in 2016/2017, which led to severe acute food insecurity in the eastern Horn." 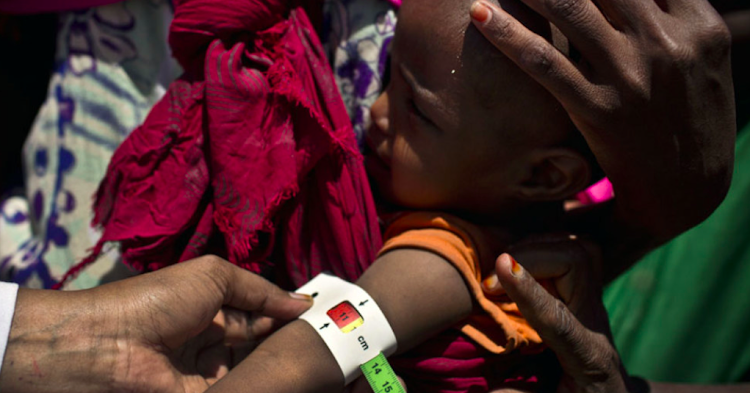 Currently, FEWS NET estimates up to 20 million people in Kenya, Ethiopia, Somalia and Uganda will need food assistance through mid-2022 due not only to the impact of drought, but also conflict, insecurity, and economic challenges, including the complex humanitarian emergency in northern Ethiopia.

The report called on national governments and donors to urgently scale up and sustain food, water, nutrition, and health assistance.

This in addition to livelihood protection programmes to prevent severe acute food insecurity, rising acute malnutrition levels, and the erosion of resilience and coping capacity through at least mid-2022.

The Kenya Drought Flash Appeal for October to December 2021 report showed that the cumulative impact of two consecutive poor rainy seasons, coupled with the Covid-19 pandemic, insecurity, pests and diseases have caused humanitarian needs to rapidly rise in the arid and semi-arid regions of Kenya.

This led to the declaration of a national disaster by the President of Kenya on 8 September 2021. Both the 2020 short rains (October to December) and the 2021 long rains (March to May) were poor across the ASAL counties.

“The two rainy seasons were characterized by late onset rainfall in most counties, as well as poor distribution of rainfall in time and space. In addition, forecasts indicate that the upcoming short rains season (October to December 2021) is likely to be below-average, compounded by the negative Indian Ocean Dipole,” the report stated.

Government Spokesperson Cyrus Oguna said the government has up-scaled intervention efforts through the provision of assorted relief assistance to the affected families in order to mitigate the impact of drought in the affected counties.

The interventions include food distribution and water trucking where county governments in collaboration with the national government have continued to distribute water for domestic and livestock use to the affected regions.

He said there is the Hunger Safety Net supporting 100,000 households on regular transfer of funds in which every household in Mandera, Wajir, Marsabit and Turkana counties receives Sh5,400 every two months.

Oguna said the plan for intervention beyond December 2021 is ready as government continues to mobilize resources to mitigate the situation.

“However, the deployment of resources into the new year will depend on the performance of rain in the coming days,” he said.

The latest IPC Acute Malnutrition Analysis shows that over 465,200 children under five and over 93,300 pregnant or lactating women are acutely malnourished in the arid and semi-arid region.

The UN has warned that nutrition situation could worsen, particularly affecting children and mothers in parts of North Eastern.

The United Nations Office for the Coordination of Humanitarian Affairs-OCHA has said in the period ahead, the nutrition situation is projected to worsen particularly affecting children and mothers.

This will affect Turkana, Samburu, Mandera, Garissa, Wajir, Isiolo and North Horr and Laisamis in Marsabit counties, and will deteriorate significantly if the 2021 short rains perform poorly as anticipated.

OCHA indicated that worryingly, acute malnutrition has surpassed the emergency threshold in many areas, affecting between 15 per cent and 30 per cent of children in at least eight counties.

Says they have less access to food and a higher risk of hunger, malnutrition, undernutrition than their male counterparts
News
3 months ago