Sources of fluoride in Makindu’s water

Scientists say it comes from rocks in the ground

• Low rainfall levels make residents use groundwater sources. Most are full of fluoride 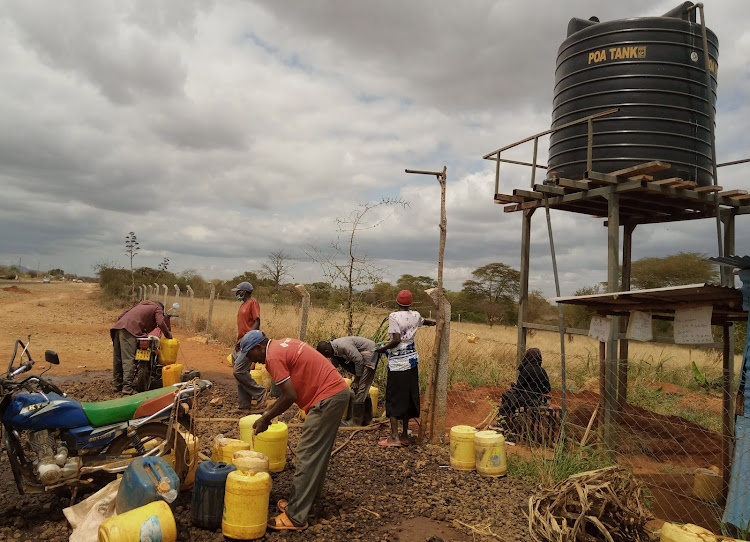 According to the World Health Organisation, drinking water is typically the most significant source for ingestion of excess fluoride.

“The control of drinking-water quality is, therefore, critical in preventing fluorosis,” WHO notes under the Water and Sanitation section on its official website.

The health body says that fluoride in water is mostly of geological origin, adding waters with high levels of fluoride content are mostly found at the foot of high mountains and in areas where the sea has made geological deposits.

The study was titled ‘Naturally Occurring Potentially Harmful Elements in Groundwater in Makueni County, Southeastern Kenya: Effects on Drinking Water Quality and Agriculture’. Rock weathering and evaporation were suggested to be the primary controls of groundwater geochemical characteristics.

“High salinity and fluoride, which are associated with reported undesirable taste and gastrointestinal upsets, as well as cases of dental fluorosis, are some of the effects of consuming groundwater in the region,” the study found.

“These two parameters can be attributed to the weathering of biotite gneisses, granitoid gneisses, migmatites and basaltic rocks that occur in the area.”

It linked elevated fluoride, iron and high salinity to the dissolution of metamorphic and volcanic rocks in the region, which is enriched in elements.

According to the report, Makueni county is located in the arid and semi‐arid land (ASAL) regions of Kenya that receive low and unreliable rainfall, leading to high dependence on groundwater for domestic, agricultural and pastoral supply.

“About 64 per cent of the population uses unimproved water sources that include dams, streams or rivers, and unprotected springs and wells,” it said.