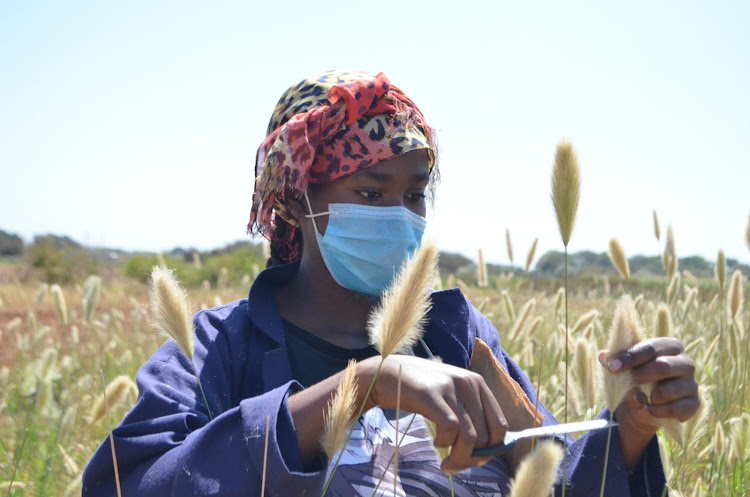 Kalro scientists use lots of jargon at their forums while discussing grasses. However, these grasses have simpler names.

The seed head of the horsetail grass has millions of seed. The seeds are minute and are easily blown away by the wind. The flowery head is known as the inflorescence and can be used for aesthetic purposes to enhance beauty on garments or to accessorise flower arrangements.

All these grass seeds are obtainable from the Kalro Kiboko Centre. All are range grasses. Rangelands are low-rainfall areas. The grasses can survive on low rainfall since their maintenance is minimal. The rainfall around the Makindu area is about 600mm per annum.

Before the grasses are released to the public for multiplication or for the production of hay, they have to be officially recognised by the Kenya Plant Health Inspectorate Service (Kephis). Seed companies could also become grass seed distributors since they have a wider capacity than Kalro.

Over the last 10 years, Kalro has produced about 25 tonnes of assorted seeds targeting farmers. The counties that have benefitted from the grass seed developed by Kalro are Baringo, Garissa, Isiolo, Samburu, Tana River, Turkana and Wajir.

The Kalro institute at Kiboko is located in an area that is not suitable for arable agriculture. However, the region favours extensive production of cattle, goats, sheep and camels.

Most of the animals around Kiboko that weigh between 250 and 300 kilograms require about 10kilos of hay per day. Each bale weighs around 15 kilograms. Each acre could produce a minimum of 200 bales of grass. This will result in 3,000 kgs of hay. The feed could last an animal for 300 days.

The grass seed deficit period falls between July and October. Where land is not a challenge, two acres would be enough to maintain an animal in good health. When rains arrive, a farmer would switch to pastures that sprout and during the seed deficit period, the animals would be cared for.

A Galla goat reaches a weight of 50-65kg within a year under good nutrition. A Dorper sheep, if well supplemented, reaches market weight, which is 50-60kg, at seven months.

Kalro believes farmers in Kenya have the capacity to meet the demand for meat in the country. They only need to be supported in getting sufficient feed, adopting the use of water-saving technologies.

There would be no need to import meat such as beef. Kalro is promoting the improved Boran breed of cattle, which is good for beef.

Cactus survives well in the area around Makindu. The plant maintains its green colour even during very hot periods.  It’s nutritious, high in energy and vitamins. This is fed to animals.

There is no fence that separates the Kalro Kiboko land and Chyulu National Park. Many a time, wild animals also graze within the compound of the Kalro institute.