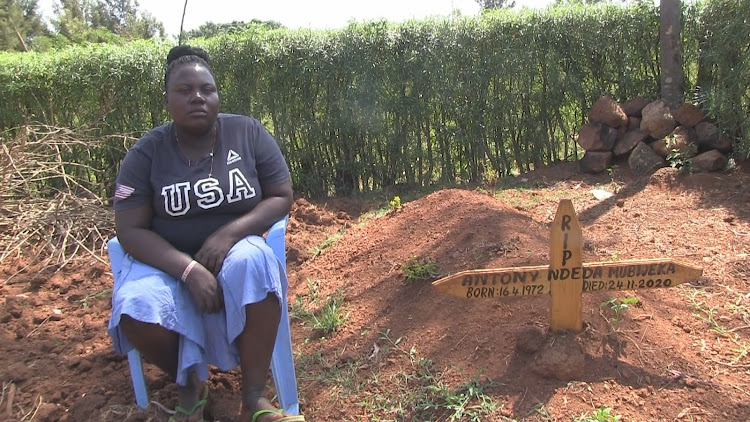 Mildred Orodi seated next to a fresh grave of her husband Anthony Mubweka, who was killed near Trailer-Inn by a speeding smuggler on the Busia-Kisumu highway
Image: IGNATIUS ODANGA

Relatives of people killed by smugglers have come out to narrate how the death of their loved ones hit them hard.

They were killed by speeding vehicles transporting contraband sugar sneaked into Kenya from Uganda. And life has never been the same again for their families.

Despite some families knowing by name those who hit and killed their relatives, they have never received justice for their departed souls since the case did not reach the courts.

Most of the victims were killed on the Busia-Kisumu and Busia-Mumias highways during daytime.

The vehicles were transporting cheaply bought sugar from Uganda to other regions, including Nakuru, Eldoret, Kisumu, Nairobi, Mumias, Mbale and Kitale.

Sugar smuggling is rife in Busia and is done in broad daylight.

The sweetener ferried in Kenya is stored in some stores and warehouses, where re-bagging in sacks branded names of local sugar factories is done then it is transported to towns within Western and beyond.

Others are Marachi, Soko Matope and Amoni in Busia. Surprisingly, the points are manned by both Ugandan and Kenyan police officers. 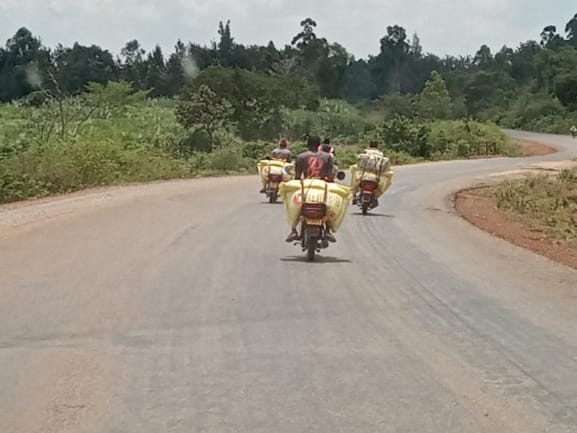 My husband was killed by a vehicle that was carrying sugar. When police arrived at the scene, they first chose to protect the sugar by transferring it to another vehicle instead of rushing him to hospital

Agnes Odongo recalls how she received a call on the evening of November 8, 2018, that her daughter Bartillah Odongo and her husband Geoffrey Omondi had been killed by a speeding vehicle on the Busia-Kisumu highway in Busia.

The vehicle was loaded with sugar and the driver was rushing to deliver to his client. The couple was riding on a bicycle from Busia town to their home in Maseno village, Mundika, that fateful evening. They used to sell charcoal to make ends meet.

The death of Bartillah and Geoffrey left their three children orphaned. The driver who killed Bartillah with her husband was arrested and arraigned at the Busia law courts but was released on bond.

Agnes painfully knows the person who killed her daughter and the and son-in-law.

“Life has been difficult for the three children after losing their parents. I have struggled to take care of them in my old age. I did not expect that,” she said.

“I have no powers to stop smuggling of sugar from Uganda, but my plea to the government is, please restore some sanity in Busia.”

Agnes is bitter that the person who claimed the life of the couple is still ferrying contraband goods from Uganda to Kenya and he is known to the police.

Mildred Orodi from Trailer-Inn in Busia is now a widow. Her husband Antony Mubweka was killed by a Probox that was also carrying sugar from Uganda on November 24, 2020, on a motorbike at Shaman on the Busia-Kisumu highway.

His death hit her and the children hard. The driver was arrested by police officers but the case did not proceed. And now she is struggling to take care of her five children.

“My husband was killed by a vehicle that was carrying sugar. When police arrived at the scene, they first chose to protect the sugar by transferring it to another vehicle instead of rushing him to hospital,” Mildred said.

A well-wisher with a lorry carried her husband to Busia County Referral Hospital, but he was pronounced dead upon arrival.

“I buried my husband and life continued, but things changed because I have to do laundry for people to get money and pay school fees for my children,” she said. 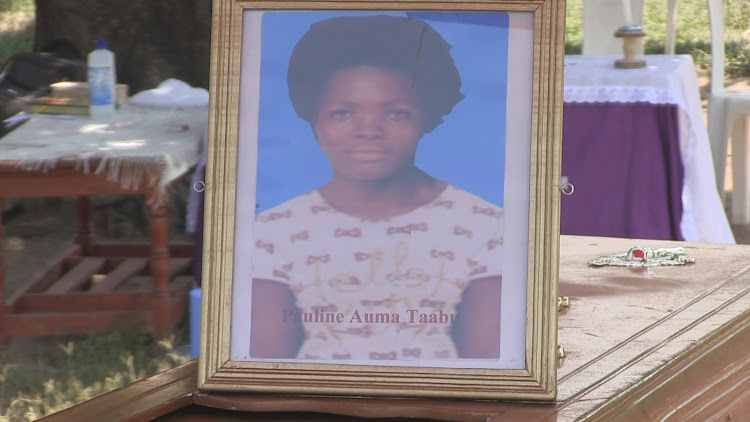 Pauline Auma, who was killed by a speeding smuggler in Nambale early this year on the Busia-Mumias road. She was in Class 7 at Nambale AC Primary School
Image: IGNATIUS ODANGA

Police officers in Uganda and Kenya know my vehicle so the moment I approach them, they come for money and allow me to proceed to Kenya through a point in Amoni

Richard Ojalo and Juliet Awino lost their 15-year-old daughter Pauline Orodi in February this year. She was in Class 7 at Nambale AC Primary School.

Her life was cut short by a speeding Probox carrying sugar from Uganda, near Nambale town.

“Unless something is done, we are going to continue losing the lives of our relatives because of smugglers,” Ojalo said.

The death of the girl happened barely a week after a man identified as Priver Egesa was also killed by a speeding Probox, again in Nambale.

Egesa from Lwanyange was killed at Daraja Mbili, a few metres from Nambale town. The Probox was said to be ferrying sugar to Mumias town.

Sellah Oundo’s husband, Ignatius Nderema, breathed his last while riding on a bicycle to see his grandchild at Angorom Primary School. Sellah knows the person who killed him.

We met one of the youths that smugglers recruit to ferry sugar from Uganda to Kenya using lorries.

He said bringing sugar from across the border is easy as long as there is money to bribe police officers ‘manning’ the border points.

Police receive as little as Sh200 to allow sugar to come into Kenya, he said. It is an activity he has engaged in for more than four years now. Police have mastered the registration of his vehicle.

“Police officers in Uganda and Kenya know my vehicle so the moment I approach them, they come for money and allow me to proceed to Kenya through a point in Amoni,” he said.

“I get requests from many people, and most of them do not come from Busia but faraway places like Nairobi, Kisumu, Eldoret and Nakuru. They send me money because they are my customers, then I ensure the sugar is delivered to them safely.”

The vehicles carrying contraband sugar are usually driven at high speed because they have delivery targets, he says.

The more you deliver the goods to the clients, no matter where they are, the more money you make.

“We have to always ensure goods are delivered to the owner at the agreed time. That is why you will see the vehicles loaded with contraband goods being driven at a high speed, and to also avoid being arrested by those you may not have given something,” he said.

New police spokesman vows to ‘tell it as it is, without hiding’

The challenge is you arrest a smuggler, take him to court and he is granted bond. The following day he is back to doing the same thing. That demoralises officers, but we shall not tire

Police spokesman Bruno Shioso admitted that sugar smuggling is a matter of concern, saying measures have been put in place to stop illicit trade.

“It concerns us as a security agency because of tax evasion. We are appealing to members of the public to volunteer information to the police so that we make arrests,” Shioso said.

He said at least 57 cases involving smugglers are currently at the Busia law courts. Five cases were concluded and the accused persons fined.

Barriers have been established on key roads in Busia to control smuggling, where vehicles will be checked by a multiagency team.

“We are going to stop vehicles and inspect them. Smugglers will be arrested and prosecuted through judicial systems,” police spokesman said.

“The challenge is you arrest a smuggler, take him to court and he is granted bond. The following day he is back to doing the same thing. That demoralises officers, but we shall not tire,” he said.

Boda boda chairman in Busia county Erick Makokha said the Busia-Kisumu and Busia-Mumias highways are death traps to pedestrians and riders because of speeding smugglers.

He attributed the widespread smuggling of goods from Uganda, particularly sugar, to massive corruption among security officers.

“The government has all the machinery. It can stop smuggling if it meant business, but interestingly, this sugar is coming in through our borders, which are manned by police and KRA officers,” Makokha said.

He regretted that some youths are being used to offer protection to smugglers at a very low fee. Makokha called for regular transfer of senior and junior police officers from Busia to other places if the war on rampant smuggling is to be won.

He cited an incident last week where Lewis Wambesa, 19, was shot dead in Makunga while trying to block a lorry loaded with 400 bags of sugar from being taken to Kisumu.

The vehicle with sugar had been seized by officers from the Kenya National Police Service and the Kenya Revenue Authority.

The deceased was with other people who had about 20 vehicles and an unknown number of motorbikes with the number plates concealed.

They wanted to block the lorry and rescue the sugar from confiscation, prompting police to fire in the air to scare them, but a stray bullet hit Wambesa.

His family in Otimong, Teso South, has not commented on the circumstances in which their son was found in Kakamega blocking the lorry, leading to his death.

The sugar was said to have been sneaked into the country through porous borders in Busia county.

“The government is losing a lot of revenue through tax evasion by unscrupulous traders who sneak in goods from Uganda. This illicit trade must stop,” Mukamani said. 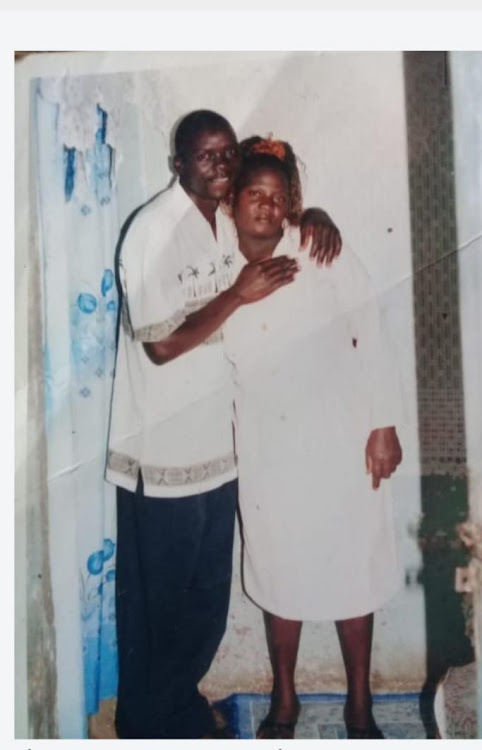 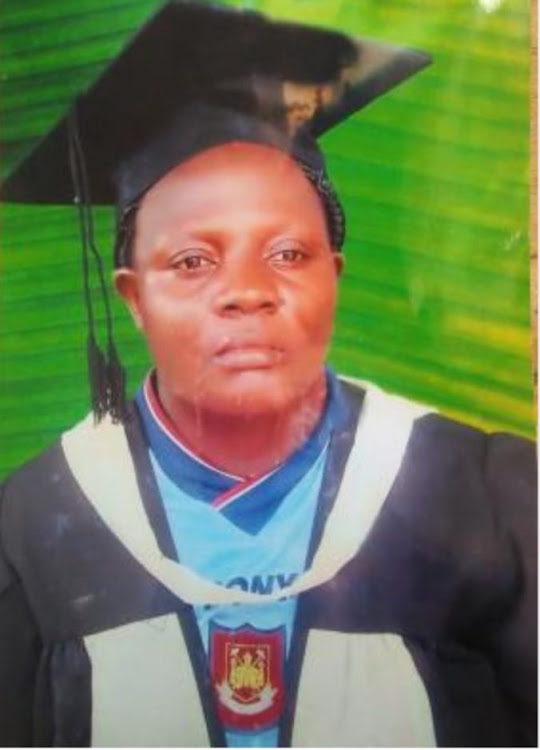 Confiscation of the sugar came days after sugarcane farmers from Busia, Kakamega and Bungoma had decried the influx of cheap sugar into the country.

At a news conference in Mumias, farmers said smuggled and imported cheap sugar is distorting the actual price of sugar, resulting in the reduction in prices of raw sugarcane.

They warned that should action not be taken by the authorities, then the local sugar industry will be sent to its deathbed and a trickle-down effect will go directly to the Kenyan sugarcane farmer.

Peter Odima, national secretary general of the Kenya Association of Sugar and Allied Products, said they will not watch helplessly as the Kenyan farmer suffers because of cheap sugar coming into the country from abroad.

“The government through the Agriculture and Trade ministries, should come out and clarify if it is serving the interest of the farmers or the smugglers and importers of the product. A Kenyan farmer suffers immensely whenever the price of sugarcane goes down,” he said.

The agitated farmers feared a lot of sugar will be brought into the country as the nation gears towards the General Election in August next year.

The farmers said the sugar industry in Kenya is at risk of collapsing because of competition from smugglers and importers of cheap sugar.

A spot check in Busia found that shops, especially in Mungatsi, Nambale and Butula, Amukura, are selling cheap sugar sneaked into the country from Uganda.

Those selling locally manufactured sugar are finding it hard to sell their sweetener due to unhealthy competition from the Ugandan side.

“Many of my customers prefer Ugandan sugar because it is cheap and it is readily available,” shopkeeper Jane Adhiambo in Mungatsi said.

Smuggling is not only endangering farmer's livelihoods and the sugar industry; it is actually endangering the very lives of the farmers and their families.

Why rural shopping centres are dying

Sandalwood smuggling and trafficking on the rise — experts

How traders use panya routes to evade tax in Moyale

Inside the smuggling world of slum millionaires

They sneak guns and drugs through car interiors, slay queens, kids and animals

POLICE investigations into the Sh570 million ivory consignment seized in Thailand on May 21 reveal it originated from ...