How to handle stingray attacks

Doctors can learn from traditional experts the art of treating them

• Instead, they should seek medical care for wound to be dissected and poison cleared 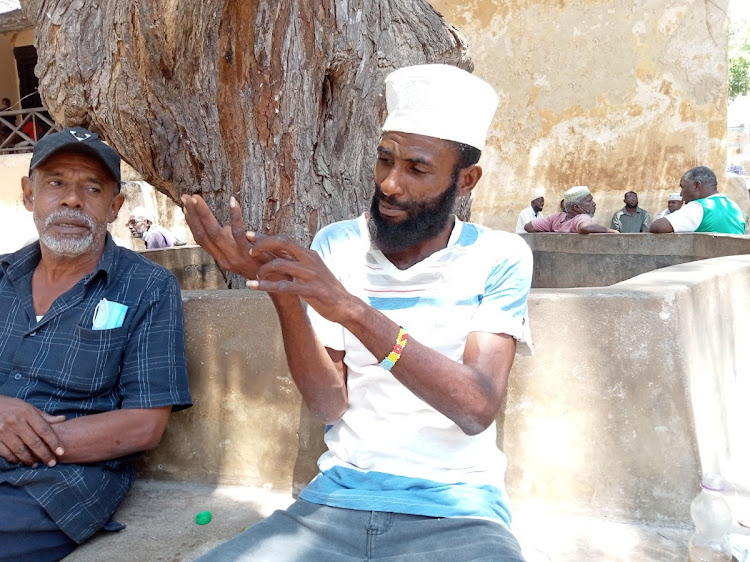 Mohamed Mbwana was bitten by a stingray on his finger
Image: CHETI PRAXIDES

Lamu records at least 30 cases of stingray attacks in a day. The number is higher than that of available experts to deal with the increasing population of patients daily.

Patients think they are jinxed and abstain from sex for six months as a result, but medics dismiss the notion. Senior medical doctor Mohamed Kombo said there is no scientific proof to support the assertion that those stung shouldn’t have sex.

He said it’s a myth that seems to have gone further than it should and it's still being propagated by a few who need to be enlightened. He urged victims to seek medical care.

“Let people have sex and rest assured that nothing will happen. Punishing yourselves for all that duration is unnecessary,” Kombo said. “There is no relationship between the wound and your sexual organs. Your heart will not stop. Those are myths.”

Kombo, however, admits that not many medics in the county understand the intricate process of treating a stingray attack victims effectively. This means many victims have no one to attend to them.

The situation has forced the county government of Lamu to seek the services of renowned traditional experts over the years to assist.

Having watched the traditional experts at work, Kombo describes treating a stingray patient as an art that goes beyond the normal treatment processes that medics are accustomed to. One has to dissect the wound, follow the trail of poison and remove it before finally cleaning and dressing the wound.

He says most of the time, the medical style doesn’t work on treating such patients and that’s why they resorted to the help of traditional experts.

“Normally for us, we will clean the wound with sterile water and then dress it up. If you do this for a stingray victim, you are simply locking the poison inside. I learnt from a traditional expert that removing the poison is key in saving the patient’s life,” Kombo said, urging other medics to borrow a leaf.

Currently, Lamu has only one traditional expert in stingray attacks. Idhirai Kurae, 60, is based at the Faza subcounty hospital in Lamu East.

He was employed by the county government after it became evident that he possesses extraordinary skills in treating stingray victims.

The retired health subordinate staff, whose skills are highly sought after, says he respects the old belief that men who have been stung by stingrays must not have sex with their wives, and always reminds his clients of the same.

He learnt the skill just by observing his mentor, the late Athman Mbwarasimai, a renowned stingray attack healer from Kizingitini in Lamu East who died three years ago.

He says many prefer his services to those of medical doctors due to the reputation he has acquired over the years.

“I worked with him as a small boy as his handyman and learnt early only the skill of treating a stingray patient. When he died, people began seeking me out,” Kurae said.

The father of four was born in Rasini village in Faza island in 1961. He has been contracted to work as a traditional expert in stingray attack treatment by the government since 1987, during which he has worked with various hospitals to offer his expertise.

Kurae, who retired early this year, says his services are still sought as he continues to attend to patients at his home. He attends to not less than five stingray patients daily.

The expert explains that treatment starts with identifying the sting area, after which a local anaesthesia is administered, followed by a fragile process of extracting the poison from the wound before it is finally cleaned using sodium bicarbonate.

He says the wound must never be stitched up or bandaged for faster and effective healing.

“Many patients who go to hospital have their wounds bandaged, which will make the wound rot. The trick is in leaving it open. Healing takes between three weeks to at least six months,” Kurae says.

He wants the county government to offer him a permanent contract to enable him to reap from his skill.

“When patients come to me at home, I charge them Sh500, but at the hospital, they only pay Sh200 for my services. If they want my services, let them pay me well,” Kurae said.