Why the Uber culture is slowly dying away 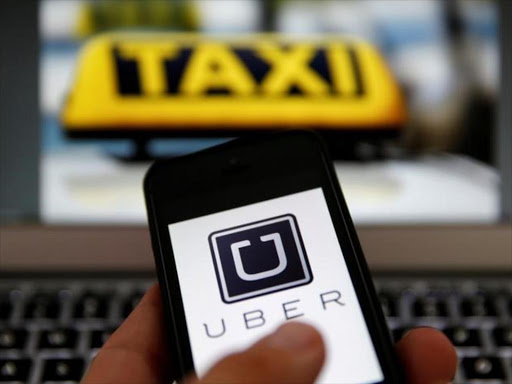 An illustration picture shows the logo of Uber on a smartphone next to the picture of an official German taxi sign September 15, 2014
Image: REUTERS

Uber is a phenomenon of its kind. Just as Google revolutionised the search engine sphere, so did Uber revolutionise the taxi industry. Uber went from being the name of the taxi app company to being a verb we use to refer to taking a cab. “I will just Uber” or “I Ubered here”.

To say Uber revolutionised the taxi industry in Kenya is to downplay the role the company played in integrating the use of cabs in our everyday lives. Less than 10 years ago, one would see a long line of parked taxis in the streets with yellow and black boards that read ‘taxi’. Drivers would park on the streets for hours, waiting for that one customer who needed a ride.

When Uber broke into the Kenyan market in 2015, most of these taxi owners jumped at the opportunity. An App that gave people freedom to hail a taxi that would go to them and take them wherever they wanted to go was a dream deal for both the customers and the drivers. Uber encouraged the culture of taking a taxi for long or short trips. As the company stabilised in Kenya and competitors grew, Uber reduced their prices significantly, hence increasing our reliance on their services.

Kenyans were so reliant on Uber that Uber grew exponentially within a few years. Not only did it diversify into boda boda rides and wheelchair-assisted rides, it ultimately expanded into couriers and food delivery. One could easily send a rider with a parcel to another place without getting out of their house.

A few months ago, as I requested Uber in Mombasa, I realised the app said, “No cars available.” The same went for their competitors Bolt. I later realised that Uber and Bolt drivers were on strike in Mombasa. As it turns out, while the customers were enjoying cheap rides and affordable delivery services, the drivers were bearing the brunt. While clients received generous discounts and promotion codes for rides, the company still took its regular cut out of the total cost, leaving the drivers with peanuts or deficits at times.

In Mombasa, the drivers had enough and decided not to work with Uber and Bolt until they renegotiated their terms. The drivers resorted to other apps such as MyRide and Little Cab. I was strong-armed into downloading these apps for those moments I really needed to use a taxi. I used MyRide twice and deleted it from my phone. Not only was the service cruelly overpriced but it was also insecure. The application did not have any channel of communication with the service providers for customer security.

Bolt and Uber clients always offered a small sense of security as there were multiple security features on the App. The companies also had customer service numbers readily available and social media handles that responded to client claims hastily. For example, I have made some complaints to Uber as I was in the taxi on Twitter and had the issues resolved before I reached my destination. Little Cab is fairly priced compared to MyRide but still more expensive than Uber and Bolt.

I ultimately stopped taking application taxis and resorted to the old-school model of calling up former Uber drivers that I maintained good client relations with and paying them the same amount as I would pay Uber, only this time the driver would pocket everything. Fortunately, in Mombasa, we also have the option of taking tuk tuks.

My conversations with the drivers have changed to ‘life after Uber’. The drivers seem optimistic that their strike will compel Uber into meeting their demands. Uber, on the other hand, seems unfazed. They are continuing to operate with the few drivers still working in Mombasa as well as drivers in other parts of the country. The only people who seem to be suffering is us, the users who had gotten too comfortable with the culture of Ubering everywhere we go.

While I sympathise with the drivers and stand in solidarity with them for there to be a fair resolution to the dispute, I also believe the client should not have to bear the burden of the inflation. As such, I firmly believe that the war between the two is slowly undoing the taxi app culture as we resort to cheaper and more affordable means of transportation.