The race to save Lamu’s only freshwater lake

Having dried up completely before, it is now a twelfth of its normal depth

• Inconsistent rainfall patterns have also seen its levels drop from 12m to 1.5m 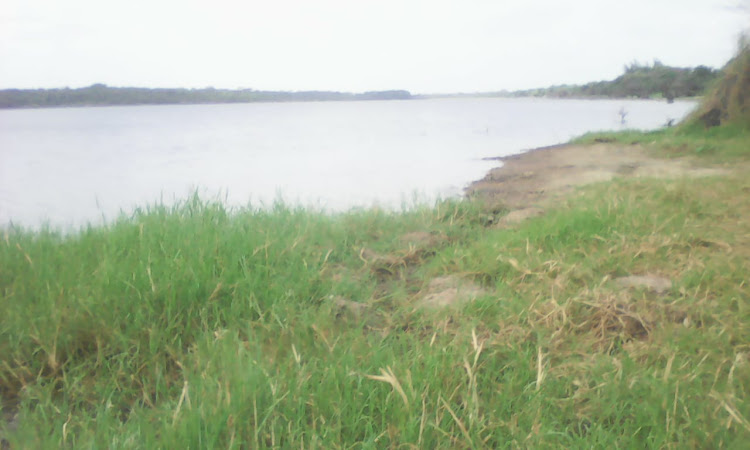 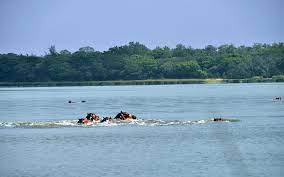 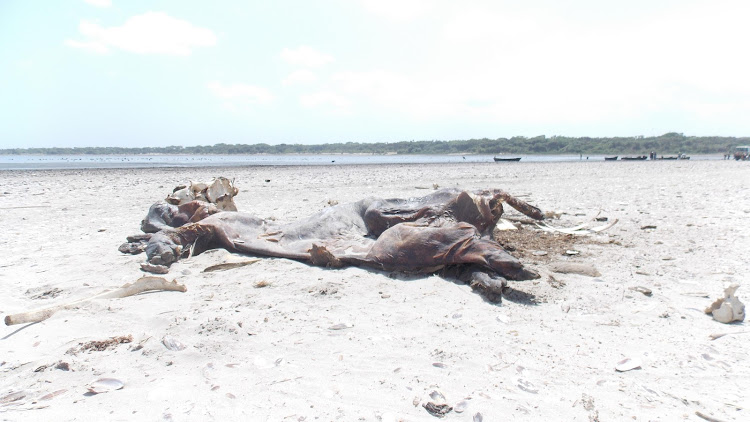 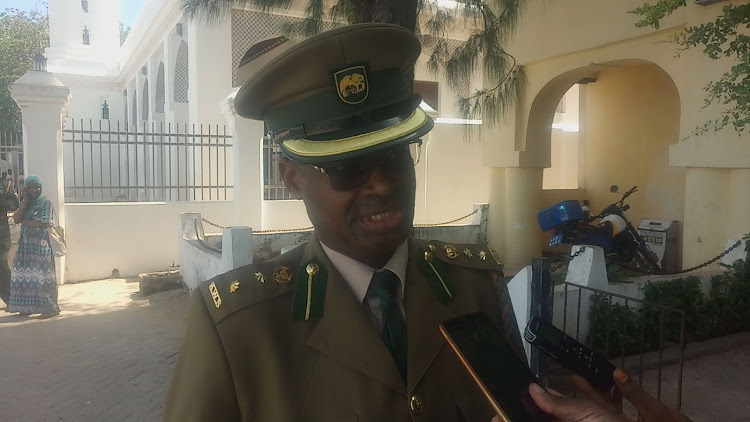 Fresh water is a privilege most take for granted.

A tale is told of Mpeketoni town in Lamu county, where a settlement scheme was started in the 1960s by founding President Jomo Kenyatta.

Mpeketoni is host to Lake Kenyatta, Lamu’s only freshwater lake, which covers about 5km2 (1,200 acres).

The lake is an ecological site and supports herds of hippopotamus, zebra, monkey, waterbuck, buffalo, warthog and a large variety of birds. It serves more than 60,000 households.

“The people of Mpeketoni have not known any other freshwater source but the lake, and that’s why it concerns us that it is dying,” said Michael Kinyua, an elder in the town. 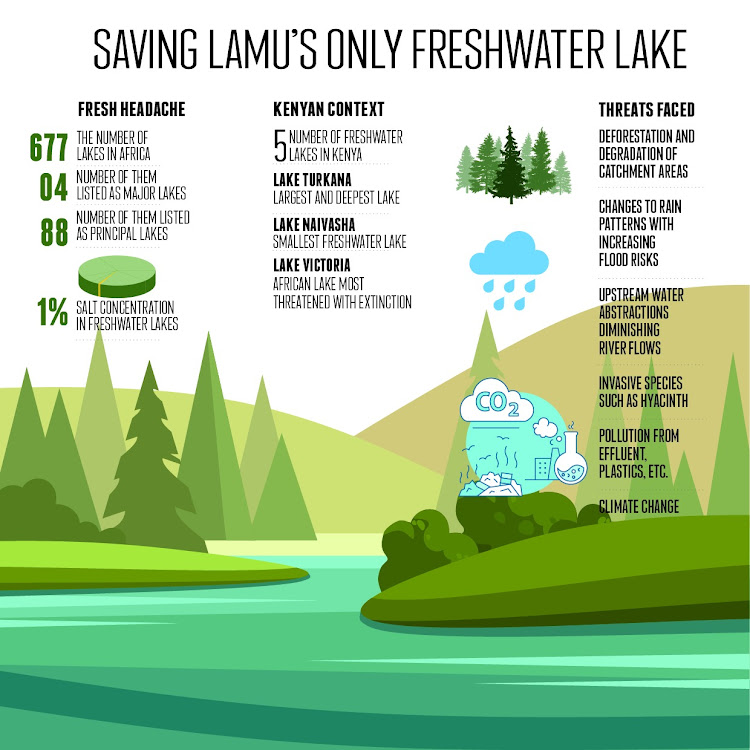 In recent times, there have been rising concerns by conservationists about diminishing water levels at the lake, which threaten to drain the life out of the lake if prompt interventions are not made to save it.

Due to encroachment from the rapidly increasing population in Mpeketoni, the lake is shrinking as a result of silting, invasion of wetlands by humans, drilling of many boreholes in the catchment areas and invasion by large herds of domestic cattle and other wildlife dependent on the lake.

Discoveries that the lake was drying up were first made in 2016.

Conservationists are calling on all concerned stakeholders to join hands and save it from extinction.

The people of Mpeketoni have not known any other freshwater source but the lake, and that’s why it concerns us that it is dying

In 2015, the National Lands Commission secured seven key water catchment areas that had been grabbed in the county.

The NLC then handed over the catchments to the Water Resource Management Authority for preservation and management.

It remains unclear whether these catchments have been gazetted or not so as to deter grabbers and encroachers.

Lamu island, on the hand, is only served by the Shella and Kipungani sand dunes as the only freshwater reservoirs, serving more than 10,000 residents of Lamu Island.

For Lake Kenyatta, however, water volumes have continued to drop drastically from a normal 12m to 1.5m.

The lake, which also measured 12km long, has now reduced to just about 7km due to intense human activity.

The major concern has been the invasion of wetlands by people who set up homes and drill boreholes, further complicating any chances of the lake’s recovery.

In 2017, the lake dried up completely following a prolonged dry spell that hit the region, sending conservationists and locals who have depended on it for decades into panic.

Lamu ecosystem conservator Evans Maneno says the low water levels at the lake can be attributed to the extremely low rains being recorded.

“In October and December last year, for instance, the rains were almost nil,” he said.

“We expected a better volume of rains in March but what we got was even lower. The lake needs a consistent rain period of at least seven to 12 months to be able to recover.”

He says anticipation for higher rains in June and July also did not pan out as the region received a very low amount of rainfall.

“The recent rain patterns are not normal, and we presume these depressed rains are a factor along the Kenya coast to be associated with variation in temperature and the sea factor,” he said.

This is in addition to the trend of water in recharge areas being used a lot by farmers, he said.

The conservator said the area around the lake is, in most cases, overgrazed, a factor that does not favour the survival chances of the lake.

Maneno said the fact the lake has not yet been gazetted has posed a major challenge to most efforts in trying to protect the lake from encroachers and grabbers.

He proposes speedy gazettement of the lake to give more legal muscle to its protection, considering the lake falls under the jurisdiction of the Kenya Forest Service.

“At this point, gazetting the lake is the only way to save it,” he said.

The frequent drought spells in Lamu county have resulted in inconsistent water volumes, with dependence on the lake rising from 60,000 to more than 100,000 people and 200,000 livestock.

The situation has obviously continued to strain the capability of the lake and with it, efforts to keep it alive.

Ayub Kamau, chairperson of the Lake Kenyatta Conservation Trust, says most of the lake’s wetlands have since dried up and the remaining few are almost meeting a similar fate.

Intense human activity, mostly fishing and sand harvesting, are the major culprits responsible for the ever-dropping water levels at the lake.

Lake Kenyatta has also never been demarcated, making it almost impossible to keep encroachers away.

“The lake is immensely significant in such a way that our livelihoods as a community are tied to it. We need to find ways to save it,” Kamau said.

Other activities that pose a danger to the survival of the lake include overgrazing, siltation and sinking of boreholes on the banks of the lake.

Currently, all of the lake’s 11 wetlands have been encroached and dried up.

Only three located in Mirusi, Rumsh and Pangani, all within Mpeketoni, remain, but conservationists say they are not enough to save the lake.

Gitu Mwaura of the Mpeketoni Environmental Conservation and Beautification Group (Mecobi) says grabbers have erected beacons inside the lake, with more than 50 boreholes sunk in catchment zones.

“Each borehole is 70m deep. This tampers directly with the water levels,” Mwaura said.

Water is mainly abstracted through shallow wells and boreholes for domestic and agricultural purposes.

Conservationists are calling on the government to enact strict laws that will ensure the lake’s wetlands are protected.

They equally call for collective and joint efforts in implementing the Lake Kenyatta sub-catchment plan to save the lake from dying off.

Lamu Kenya Wildlife Service commander Mathias Mwavita says a management plan is critical for the conservation and protection of a lake’s catchment area and the aquifers.

It will tackle poor land-use practices and ensure the restoration of destroyed catchment areas.

The management plan will include a catchment investment plan for the sustainable management of the water resources.

“This can be achieved through sensitisation of the local community on the need to protect the wetlands to ensure environmental sustainability,” Mwavita said.

The Lake Kenyatta sub-catchment plan also includes the development of an action plan to protect the catchments and their rehabilitation, participatory mapping of the protection zones around the lake with the community.

There is also the application of the law to protect wetlands, which includes enforcement of the protection of wetlands or riparian or spring areas.

Last year, the KWS announced it had embarked on a rigorous campaign to save the lake.

Mwavita is optimistic that the water levels at the lake were steadily rising due to recent rains.

He, however, admitted that encroachment of Lake Kenyatta’s banks and subsequent farming activities remain a barrier to their efforts to conserve the lake.

He says it is tough dealing with wetland encroachers as most are armed with title deeds.

Mwavita also said the KWS is partnering with various environmental organisations to protect the wetlands.

“Together with other conservationists, we are talking to the community to have them see the need to protect the lake,” he said.